How to set up VNC over SSH

By nature, VNC is not a secure protocol. A well-known security risk of VNC is that you connect to a VNC server via an unencrypted channel across the network. Thus anyone can snoop on an established VNC session. To protect against VNC sniffing, you should try additional out-of-band encryption mechanism, underneath or on top of VNC connections.

One such mechanism is to set up a VNC session through an SSH tunnel. In this tutorial, I will describe how to set up VNC over SSH on Linux.

I assume that you already have a VNC server to connect to set up somewhere on the network.

The next step is to create an SSH tunnel from a local host to the remote host. In order to do so, run the following command. Here 5900 is the port number which a remote VNC server is listening on. 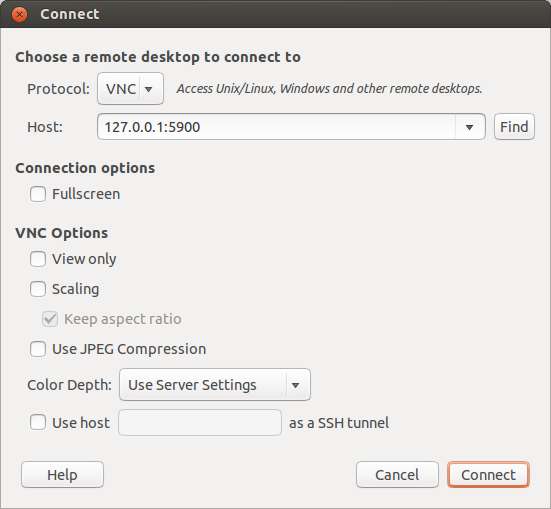