How to install Tiny Core Linux on USB drive

Tiny Core Linux is a minimal Linux operating system whose size (12 MB) can easily fit into physical memory. It includes a base core system, as well as GUI extensions for FLTK/FLWM-based desktop environment. Additional functionality can be provided by extensions. Tiny Core Linux can boot from a live CD or a USB stick, and the entire operating system runs completely in main memory.

First, you need to mount an empty USB drive to a local mount point. Most Linux distributions will do this automatically when you insert the USB drive.

Find out the partition name of the USB drive. In this example, the USB drive is mapped to /dev/sdc1 as follows.

Go ahead and create a bootable USB drive with the ISO image. To do so, you can use UNetbootin.

To install UNetbootin on Ubuntu or Debian:

To install UNetbootin on Fedora:

To install UNetbootin on other Linux distros such as CentOS, download its binary from its official website.

After installing UNetbootin, launch it as follows.

The main GUI of UNetbootin is shown below. Choose Diskimage option, and use the downloaded ISO image file. Set Type to "USB Drive", and Drive to the partition (e.g., /dev/sdc1) mapped to the USB drive. Click on OK to proceed. 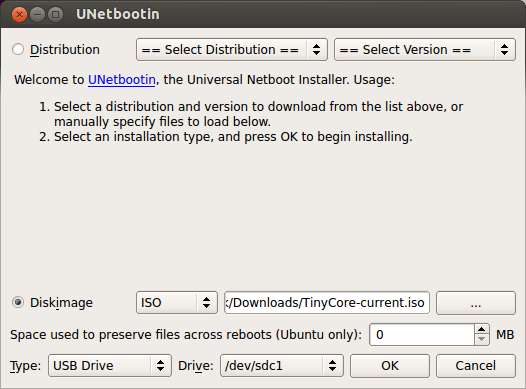 After installation of Tiny Core Linux is completed, you will see the following screen.

Before you reboot your system, make sure to modify the boot sequence in your BIOS, so that the USB device option is listed first.

Once you are booting from the USB drive, you will see the following start-up menu. Choose "Boot TinyCore" option. 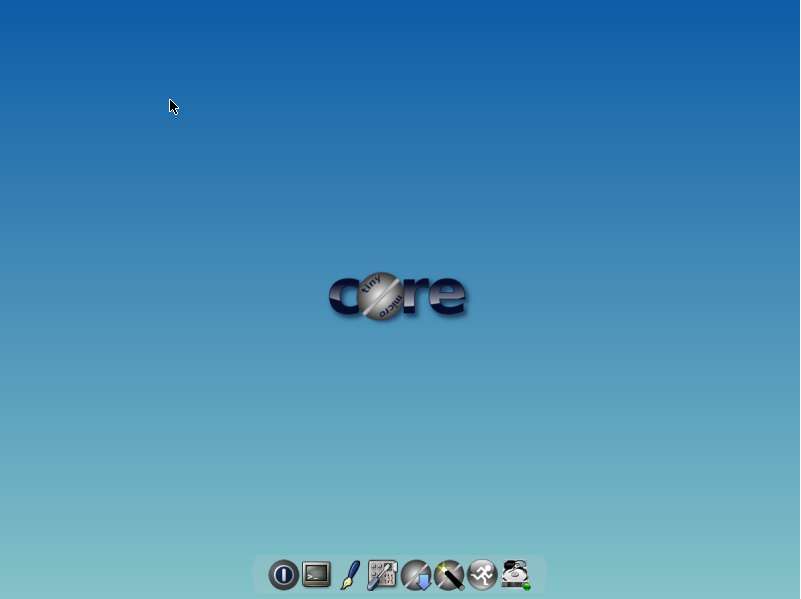