How to browse and search API documentation offline on Linux 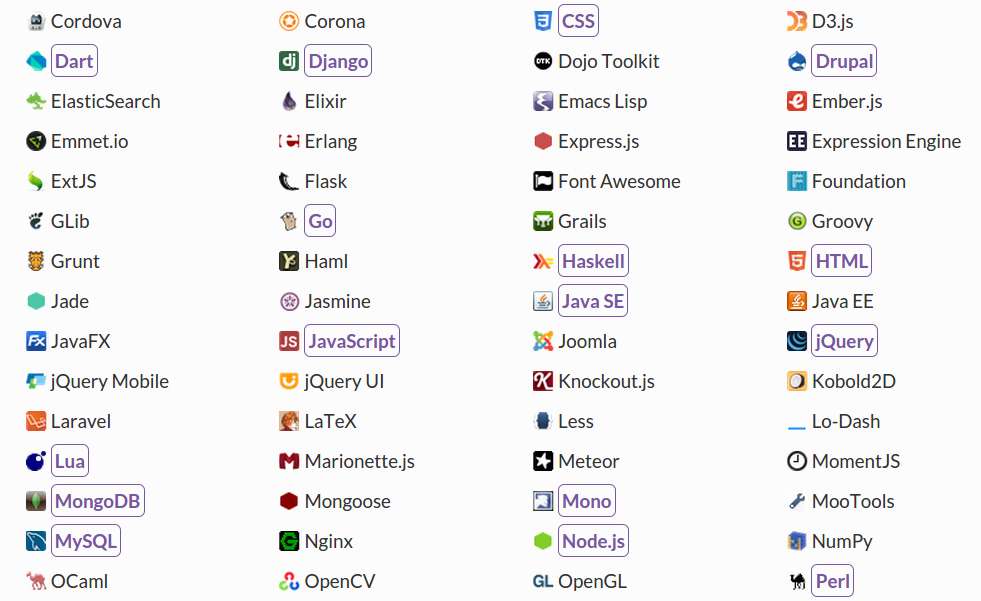 This is when Zeal can help you. Zeal is an offline API documentation browser. The idea of Zeal comes from Dash, MacOS X documentation browser, which comes with 130+ curated document sets (docsets) of popular programming languages, scripts, and frameworks. Zeal can access the same docsets contributed by Dash. Each docset contains detailed API definition, code snippets, and user-contributed notes.

In this tutorial, I will describe how set up Zeal to browse and search API documentation offline on Linux platforms.

Installing Zeal on Ubuntu LTS is a breeze thanks to its PPA repository.

At this point, the official PPA has not been updated for the latest Ubuntu 14.10. Thus install Zeal by building it from the source:

Next, install other prerequisites before building Zeal from the source.

Finally, download the source, and build/install Zeal from the source as follows.

Clone the source from the official repository, and build Zeal from the source.

Installation on Arch Linux is straightforward with AUR.

During the first-time launch, you may get a warning message of hotkey binding conflicts. To get around the warning, you can disable the Zeal's default hotkey (i.e., Alt+Space). To do so, go to Edit → Options, and select Clear in Hotkey option. If you want, you can set up a custom shortcut for Zeal.

One-time set up for Zeal is to download API docsets, which will be used to look up API definitions offline. As mentioned earlier, these docsets are contributed as part of MacOS X Dash project. Zeal is able to access the same API documents. 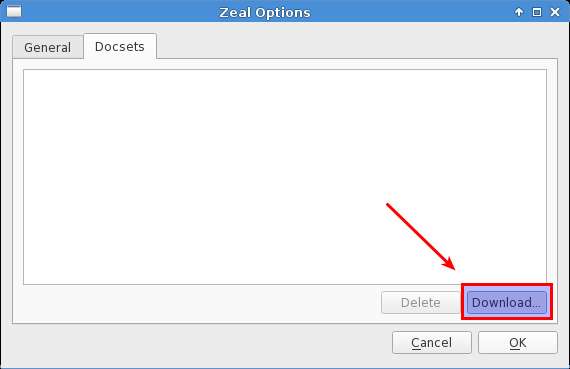 Then you will see a list of available docsets as follows. 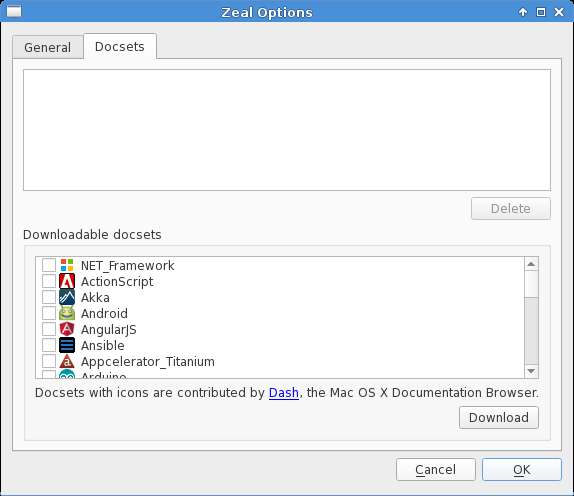 Choose docsets which you want to access offline, and click Download button again. Once chosen docsets are downloaded successfully, you will see them listed under Docsets as follows. By default, the chosen docsets will be stored in ~/.local/share/zeal/docsets. 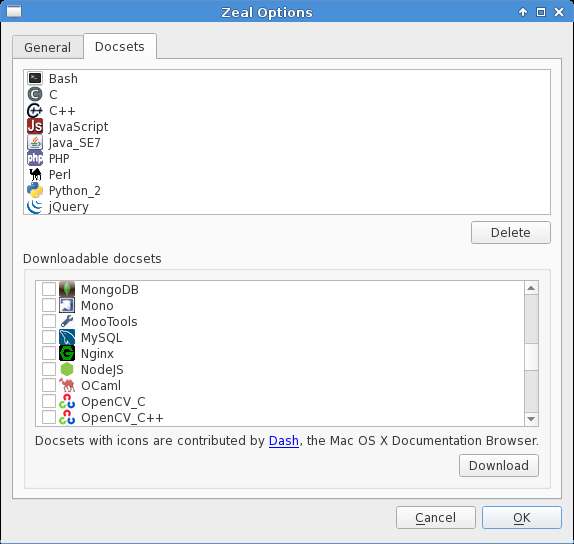 Now you are ready to access API documentation. Simply start typing the API you want to look up in the left search bar. The API definition will instantly show up in the right sidebar. 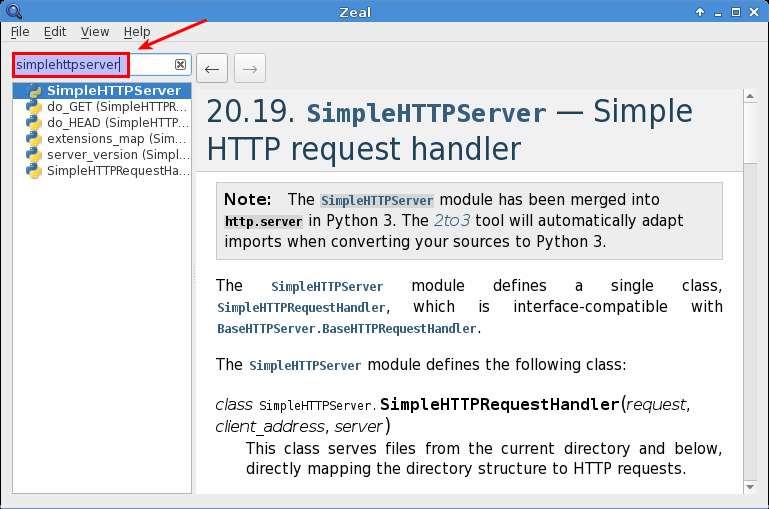