What are popular packet sniffers on Linux

A packet sniffer tool captures live packets from networks, decodes them according to protocol specifications, and optionally takes actions according to the parsed packet contents (e.g., in case of intrusion detection/prevention systems). Packet sniffing tools are very useful when you diagnose networks or protect against security attacks over networks. The following list shows popular open-source packet sniffers that are available on Linux. 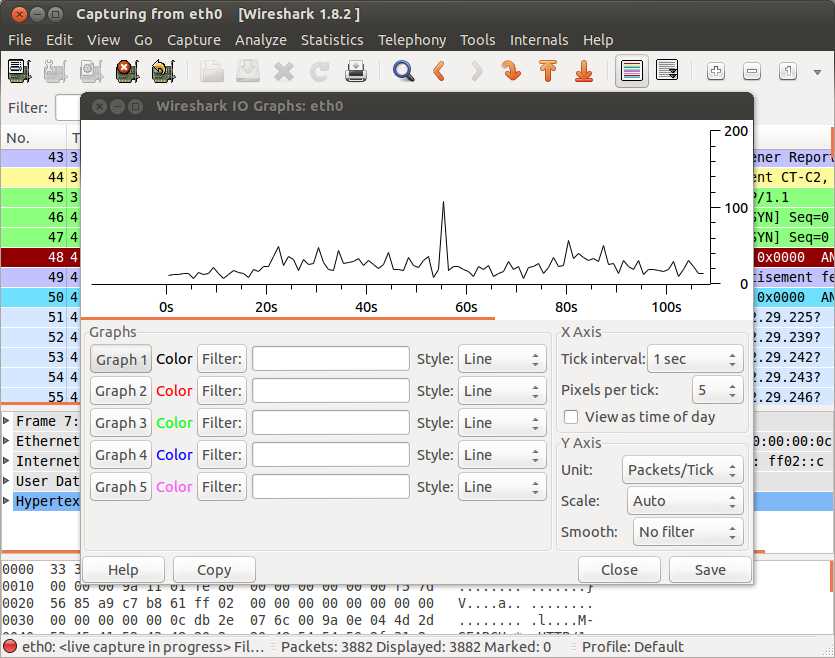 The most popular general-purpose packet analyzer. tcpdump uses libpcap library to capture packets on OSI layer 2 (e.g., Ethernet, PPP, and SLIP), and above. It also supports regular expressions for advanced packet filtering, and allows one to export and import packet dumps to and from a file.

Formerly known as Ethereal, Wireshark is an open-source packet analyzer with graphical front end. Functionality-wise, Wireshark is quite similar to tcpdump, and is available on multiple platforms including Linux, BSD, and Mac OS X, and MS Windows. A CLI client called tshark comes with it.

Snoops on DHCP request/response traffic captured by libpcap library, and displays the DHCP packets in human readable formats. dhcpdump is useful for DHCP debugging and troubleshooting.

An open-source intrusion detection and prevention system that relies on real-time network sniffing and analysis. Snort conducts extensive protocol analysis and content matching to detect a variety of network attacks and hostile scans.

An open-source HTTP packet sniffing tool which captures live HTTP packets with libpcap library, and displays HTTP requests and responses in a human-readable format. It comes with a collection of parsing Perl scripts for mining various information from its standard output.

grep over network packets. Powered with libpcap library, it captures packets whose payload is matched with extended regular expressions or hexadecimal expressions.

A powerful and flexible network monitoring and intrusion detection system. Analyzes live or recorded traffic to trigger events which are then handled by action policies.