How to visualize disk usage on Linux

They say a picture is worth a thousand words. This age-old saying applies to disk usage as well. As your Linux system becomes old, chances are that you start to run out of the disk space. Visualizing disk usage can help you in this case with understanding how the overall disk space is being used, so you can be better prepared to clean it up.

In this tutorial, I describe how to visualize disk usage on Linux.

Baobab is a GNOME disk usage analyzer. Its biggest advantage is the intuitive visualization interface. Baobab can analyze the whole file system tree, a particular directory tree or even remote folders over network.

To install Baobab on Ubuntu, Debian or Linux Mint:

To install Baobab on Fedora, CentOS or RHEL:

Baobab reports the result of disk usage analysis in two panels: per-directory disk utilization stats are reported in numbers in the left panel, and the overall disk utilization is visualized in the right panel. Note that Baobab does not consider /proc or any other non-plain files such as symlinks, block devices, etc. 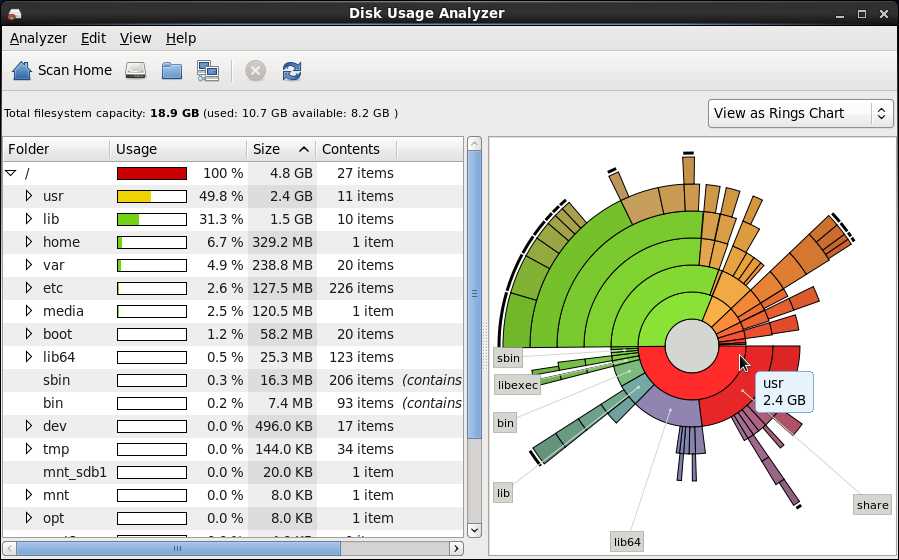 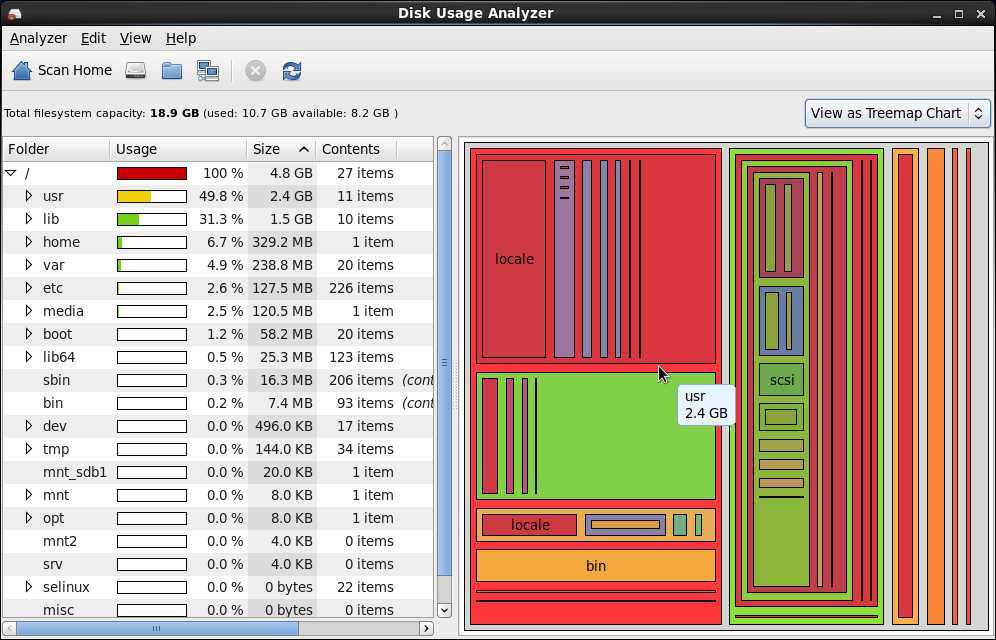 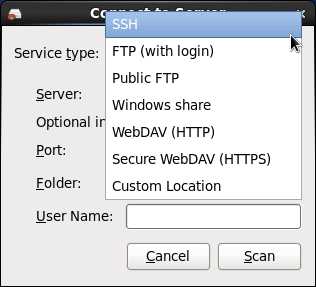 Once Baobab is installed on Ubuntu, you can use Baobab's visual disk usage analyzer within Nautilus file manager. Simply right-click a particular folder on Nautilus, and choose "Open with Disk Usage Analyzer" menu. Baobab works only on folders, not on individual files. 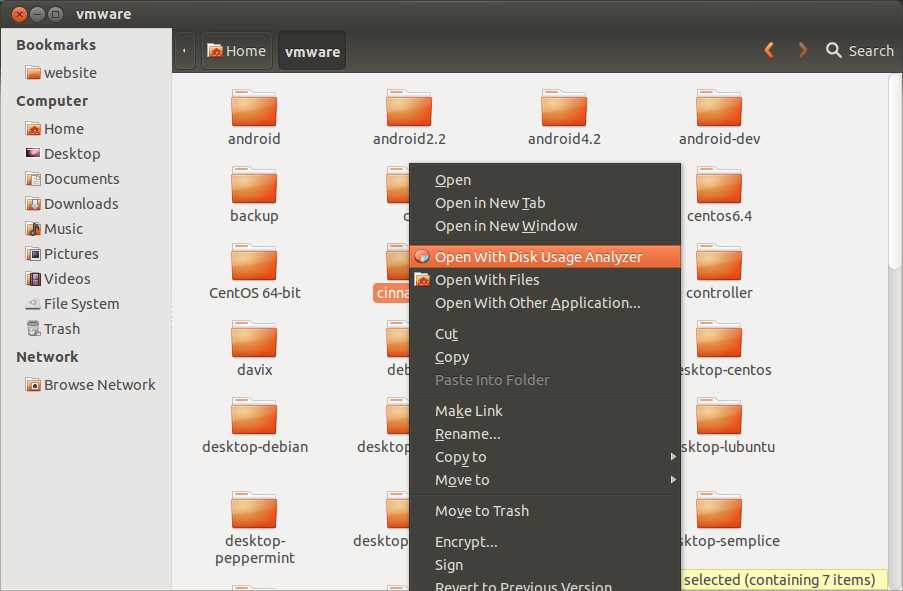