How to fix "sshd error: could not load host key"

Question: When I try to SSH to a remote server, SSH client fails with Connection closed by X.X.X.X. On the SSH server side, I see error messages: sshd error: could not load host key. What is going on, and how can I fix this error?

The detailed symptom of this SSH connection error is as follows.

On SSH client side, you have enabled key authentication for a remote SSH server. However, when you attempt to connect to the SSH server, you don't see login screen, and your SSH connection is closed right away with the following messages:

On SSH server side, the system log has the following error messages:

In /var/log/auth.log on Ubuntu, Debian or Linux Mint:

In /var/log/secure on CentOS, Fedora or RHEL:

How to Solve the SSH Login Error

The root cause of this problem is that sshd daemon somehow is not able to load SSH host keys properly.

When OpenSSH server is first installed on Linux system, SSH host keys should automatically be generated for subsequent use. If, however, key generation was not finished successfully, that can cause SSH login problems like this.

Let's check if SSH host keys are found where they should be.

If SSH host keys are not found there, or their size is all truncated to zero (like above), you need to regenerate SSH host keys from scratch.

On Ubuntu, Debian or their derivatives, you can use dpkg-reconfigure tool to regenerate SSH host keys as follows.

On CentOS, RHEL or Fedora, all you have to do is to restart sshd after removing existing (problematic) keys.

An alternative way to regenerate SSH host keys is to manually generate them using ssh-keygen command as follows. 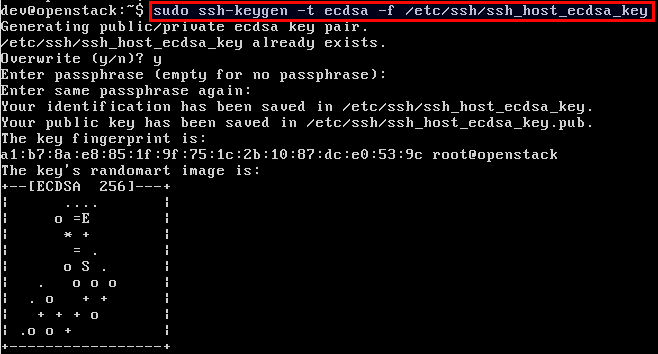 Once new SSH host keys are generated, make sure that they are found in /etc/ssh directory. There is no need to restart sshd at this point.

Now try to SSH again to the SSH server to see if the problem is gone.