How to set up web-based database management system with Adminer

A web-based database management system offers several advantages for any business operating databases. It allows databases to be administered from anywhere in the world, which increases productivity and efficiency of database administration. Also, having a web-based management interface means you don't need to install a separate database client, but use a cross-platform web browser. Security may be simplified with web-based access, as security is now delegated to a web server.

There are several web-based database management tools available on Linux (e.g., MySQL Workbench, phpMyAdmin). In this tutorial, I present Adminer which is a PHP-based database management tool. Adminer can fully support the administration of various databases including MySQL, MariaDB, MongoDB, PostgreSQL, SQLite, and Oracle. Its feature set is more complete than phpMyAdmin.

In the following I describe how to set up a web-based management system with Adminer, and how to manage databases in web interface. I will be using MySQL as a backend database.

Assuming that you already have a MySQL server up and running with remote access enabled, you can install Adminer as follows.

For CentOS, Fedora or RHEL:

To install Adminer on Red Hat based system, set up Apache first, and download and provision Adminer from the official website as follows.

Once Apache web server with Adminer is up and running, go to http://<ip-address-of-mysql-server>/adminer on your web browser.

You will see the Adminer's web interface, where you can log in to a remote database server. Enter localhost for Server field. The Database field is optional. If you leave this field empty, you can view all available databases after logging in. 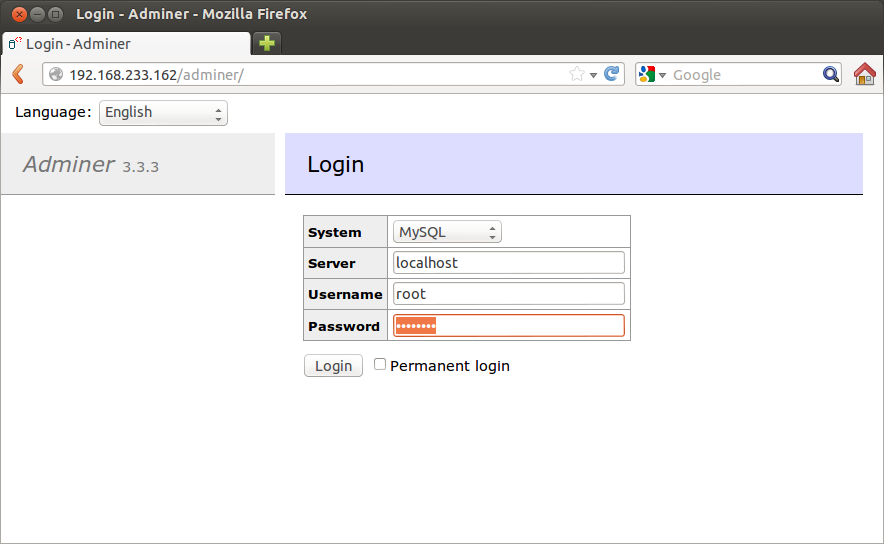 Once logged in, you can perform common database management operations via web interface. 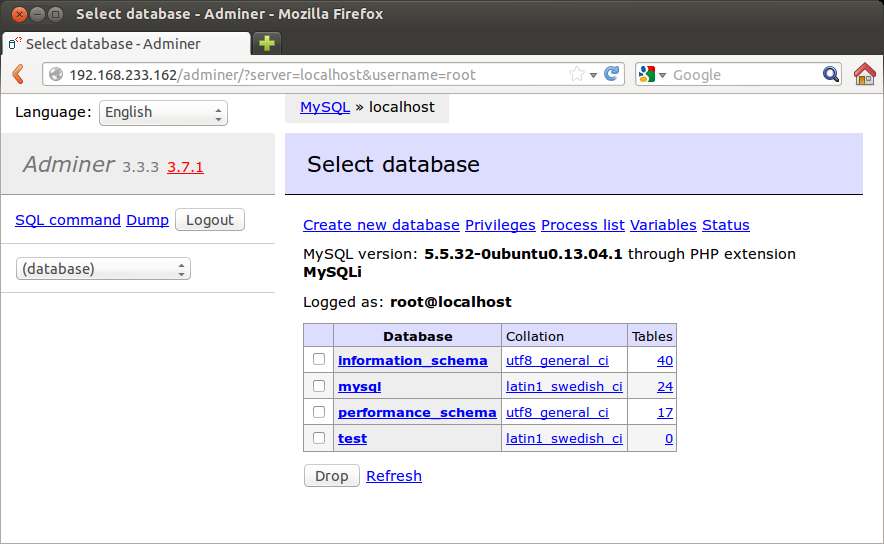 Add a new table to a database. 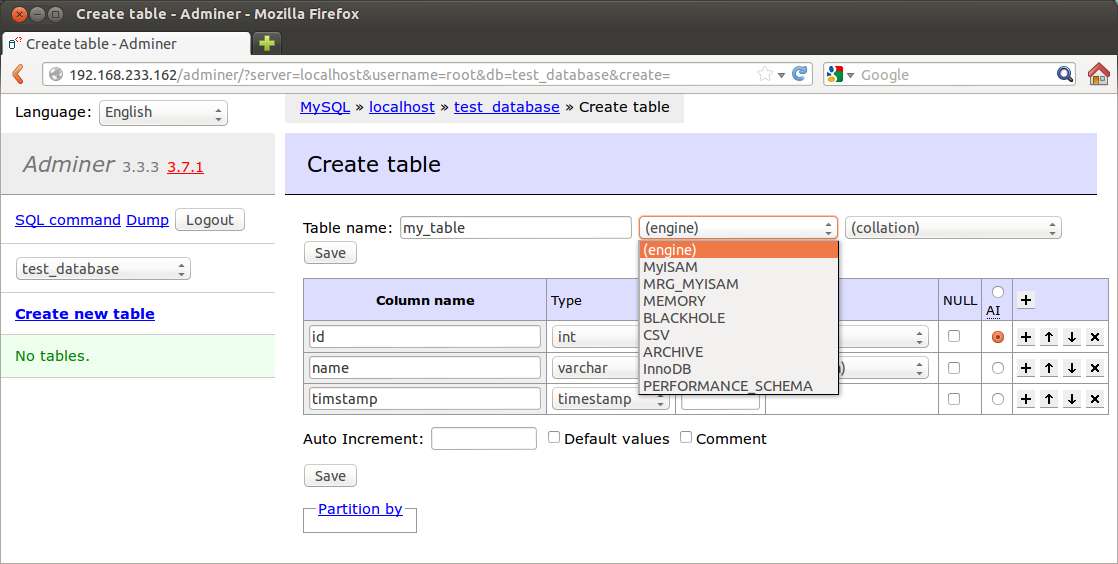 Export a database to a file. 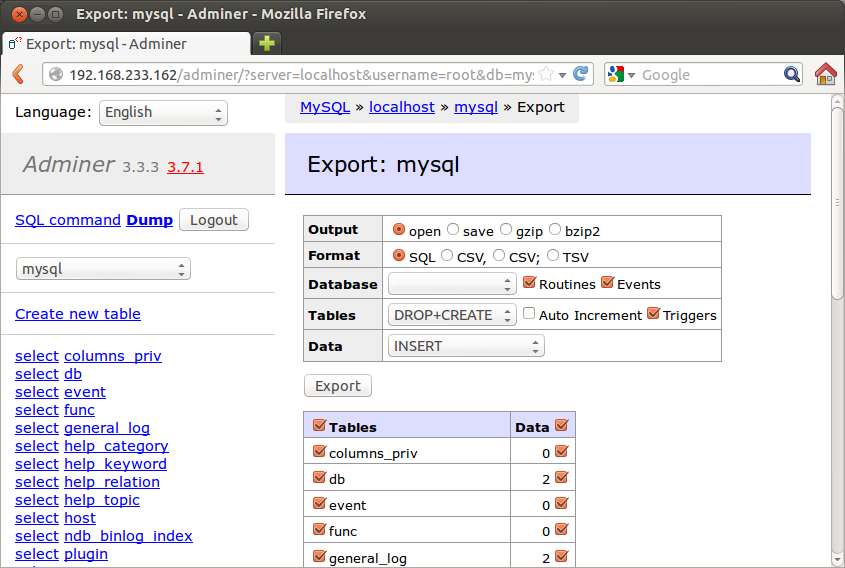 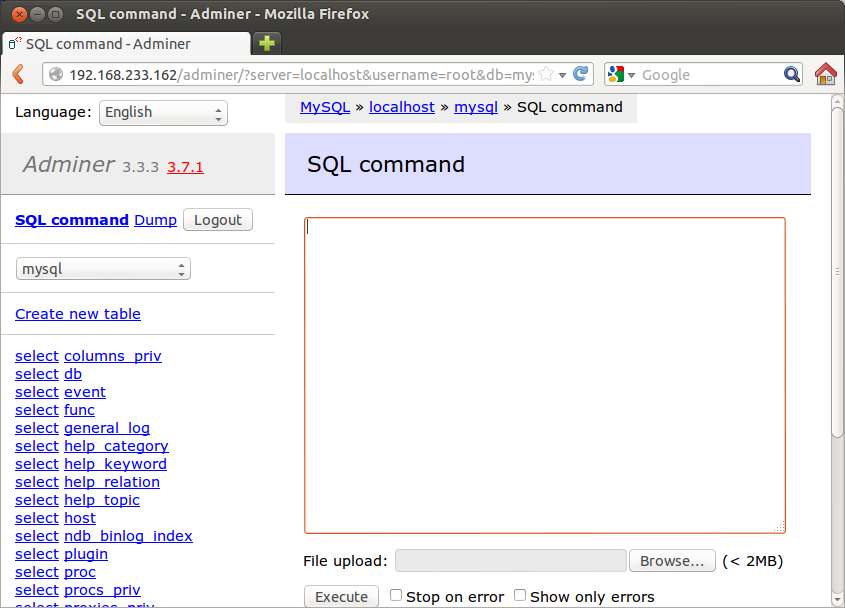