Ever since Raspberry Pi was introduced to the world, the consumer market for inexpensive, pocket-size mini computers has been growing rapidly. The huge popularity of these tiny computers in the mainstream stems from a variety of DIY projects powered by these affordable hardware, as well as many readily available open-source software packages.

While the first generation of mini computers led by Raspberry Pi (model A/B) have been filling the need for many DIY projects in early days, there are increasingly more use cases where their limited hardware capabilities do not fill the bill. For example, Raspberry Pi and the likes may not be an ideal choice for routing traffic on a high-speed broadband link, hosting a Minecraft server for your friends, live transcoding, or even running a few browser windows. To fill the rising demand for more horsepower on these tiny boxes, the second generation of mini computers started to hit the market. For one, Raspberry Pi 2 recently arrived as an upgrade to its predecessor, Raspberry Pi Model B, with 900MHz quad-core ARMv7 processor and 1GB RAM.

Another less known, but strong contender in the game is CuBox series from SolidRun. The name "CuBox" is inspired by its uniquely designed cubic shape. This tiny, cool-looking 2-inch-square size hardware comes with ARMv7-compliant dual-/quad-core processor and 1GB and more RAM. Both Linux and Android are supported on this hardware platform, benefiting from software ecosystems of both worlds. For those less techie, CuBox comes pre-loaded with either Android 4.4 KitKat or OpenELEC/Kodi, either of which can turn CuBox into a remote-controllable media center out of box.

First of all, here is a rundown of three hardware's detailed specifications.

The above specification comparison suggests that CuBox i4Pro might have an edge in terms of horsepower, but to what extent? To answer this question, I will present some raw performance numbers in the rest of the article.

In the plots, I will use the following short-hand notations for three hardware: RPI, RPI2 and CBox.

The tests in this category examine the speed of a single core by running single-threaded programs. The number of cores does not affect the result. 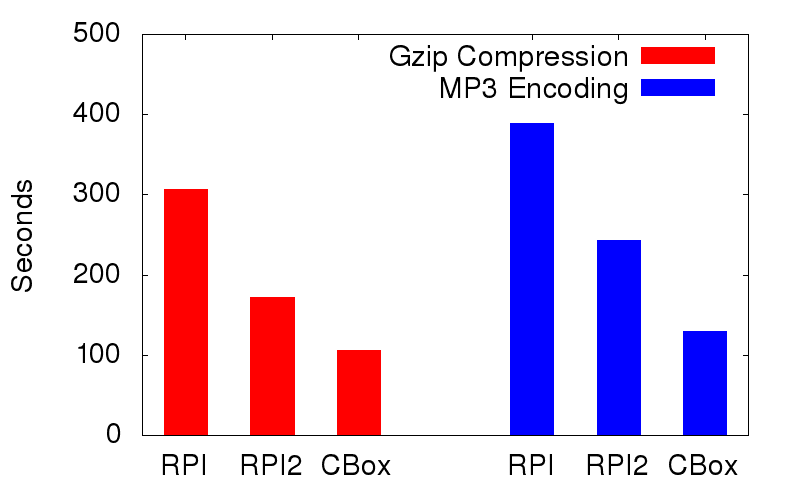 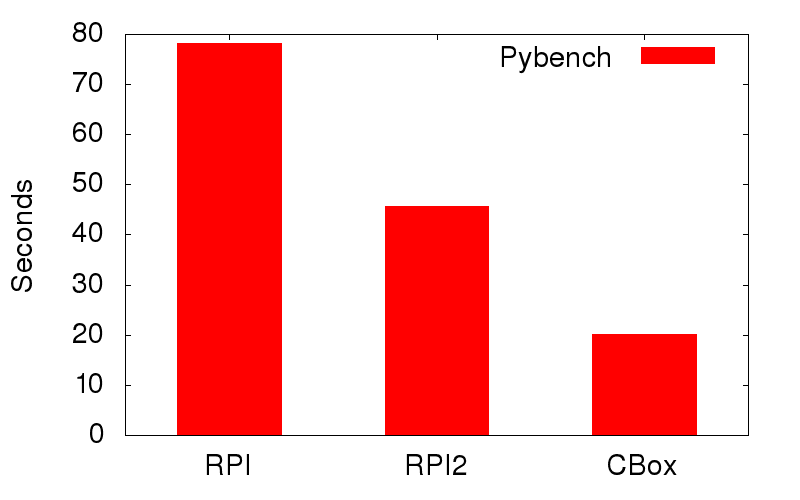 Next, I examine the performance of multi-threaded applications which can leverage multi-core processors. Performance of these applications depend not only on CPU clock speed, but also the number of cores. Quad-core on Raspberry Pi 2 and CuBox i4Pro will be a significant performance booster for these tests. 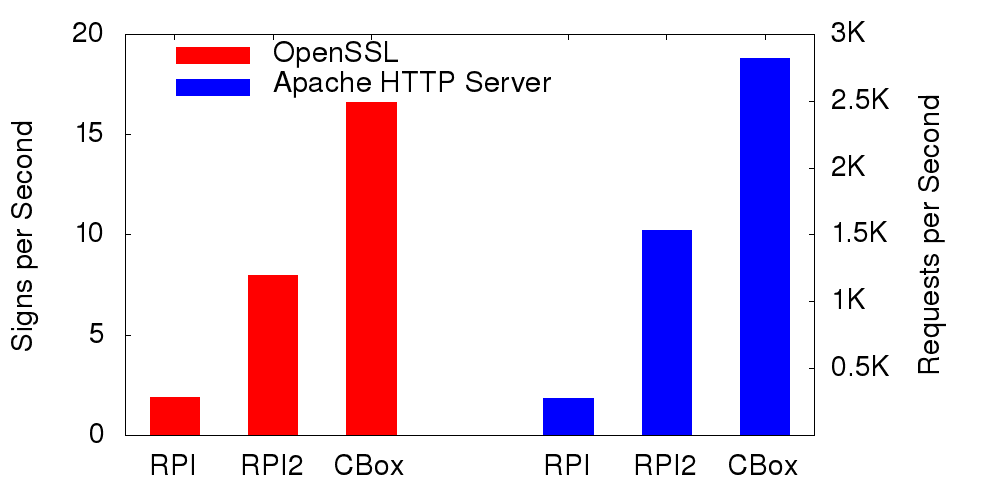 The test results in this post, while not comprehensive, can give you a rough idea on what kind of performance you can expect from these hardware. As you can see, CuBox i4Pro is a clear winner among the three, with a factor of 2 to 8 performance improvements compared to the Raspberry Pi baseline. Pretty impressive! While such improvement comes with a higher price tag ($139.99), personally I don't mind shelling out a bit more to go for a more powerful CuBox option. Another plus is that CuBox comes well-packaged inside a cubic case, and ready for use as a standalone computer.

If you are looking for the best bang for the buck in terms of raw performance, Raspberry Pi series might be hard to beat. But there is definitely a market demand for higher-horsepower standalone mini computer, which CuBox is addressing. My plan with CuBox is to set up a Minecraft server on it, and throw a Minecraft LAN party. Hopefully it won't melt down. :) When I have time, I will report back my experience.