How to monitor DHCP traffic from the command line on Linux

Question: I want to find out what IP address is assigned to a host via DHCP by monitoring DHCP request and response on the wire. How can I monitor DHCP traffic from the command line?

If you want to monitor DHCP communication between a DHCP server and a client, you can run a packet sniffing tool on the same local network, and capture DHCP traffic. There are a couple of sniffing tools you can use.

The second method to monitor DHCP requests and responses is to use dhcpdump, which is a command-line DHCP packet dumper program.

To install dhcpdump on Debian or Ubuntu:

To install dhcpdump on CentOS, first set up Repoforge on your system, and then run:

To install dhcpdump on Fedora:

The following command will dump DHCP requests and responses in a human-readable format. 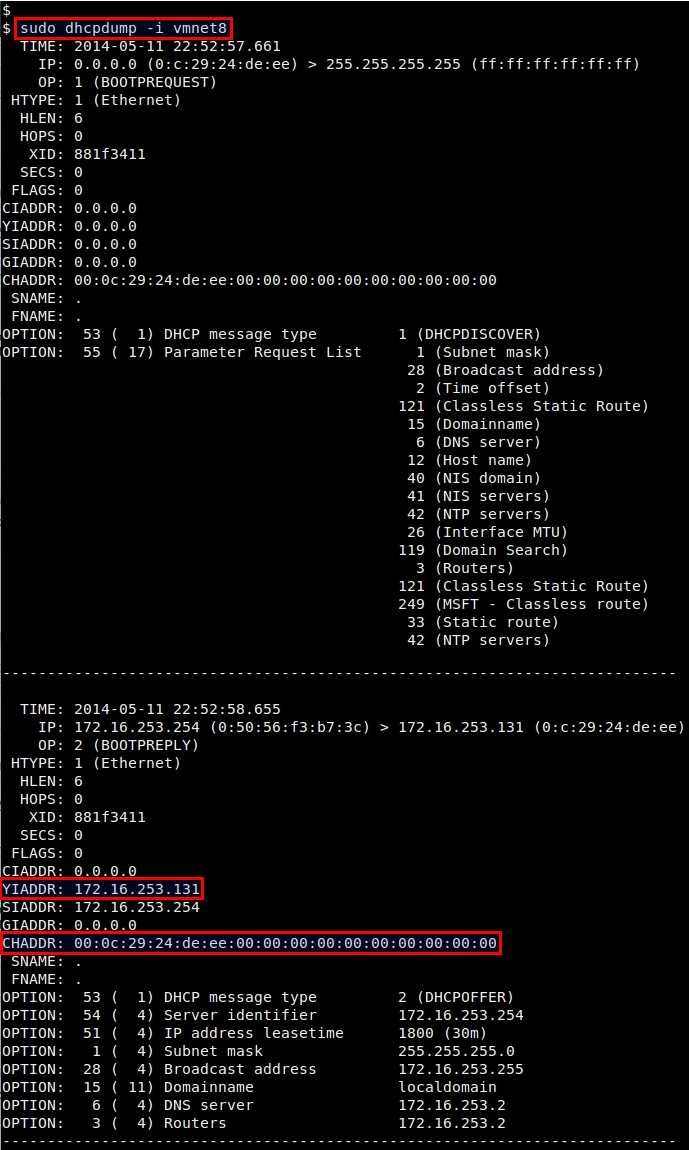 The output shown by dhcpdump is more detailed than that of tcpdump. YIADDR field is populated with the IP address offered by a DHCP server to a client, and CHADDR field is the hardware address of the requesting client. It also shows other information such as DHCP lease time, subnet mask, DNS server, etc.

For example, the following command will capture DHCP response packets sent to client whose hardware address starts with 00:c1:b5.