How to set up a media center with Raspberry Pi

'One of the most popular and useful projects with Raspberry Pi (RPi) board is turning RPi into a media center box. All you need to do is to download a media center image for RPi, and write it to your SD card. There are plenty of media center distributions for Raspberry Pi, such as OpenELEC, RaspBMC, GeeXboX, RaspyFi, etc.

In this article, I will discuss how to set up a media center on Raspberry Pi using two of the most popular media center images: OpenELEC and RaspBMC. Both images use XBMC as built-in media player software.

To set up an XBMC media center with OpenELEC on Raspberry Pi, follow instructions below.

First, download the latest OpenELEC image for RPi from the official OpenELEC site. As of this writing, the latest build is 3.2.4.

Extract the image, and go to the extracted OpenELEC directory.

Put your SD card into a card reader.

We need to find out what device name is assigned to the SD card. To do so, run this command.

In this example, the SD card is assigned /dev/sdb. Note that sdb1 is a partition name. When you write an image to the SD card, you need to use /dev/sdb, not /dev/sdb1.

Make sure that no partition in the SD card is mounted since the card will be partitioned/formatted subsequently.

Wait for a while until it is finished. Once it's done, run the following command, which will flush file system buffers. After that, eject the SD card.

Plug the SD card to your RPi, and turn the power on to start enjoying your OpenELEC media center. The default username and password of OpenELEC is root and openelec.

To set up an XBMC media center with RaspBMC on Raspberry Pi, here are the steps to follow.

First, download the "standalone" image of RaspBMC from the official RaspBMC website, which contains complete RaspBMC packages, and automatically expands the RaspBMC image to use the full size of your card on bootup.

Insert your SD card into a card reader.

Using the same steps described in OpenELEC case above, find out the device name assigned to the inserted SD card (e.g., /dev/sdb).

Make sure that none of the partition(s) (if any) in the SD card is mounted.

Now go ahead and write the image to the SD card as follows.

After it's completed, plug the SD card into your Raspberry Pi, and start enjoying the RaspBMC system.

Here I show some pictures of RaspBMC system running on my RPi. I use Raspberry Pi B model with 1 TB Toshiba ext HDD for movie storage, and Acer AL1916W as my main display. For interactions with RaspBMC system, I use mini USB keyboard. 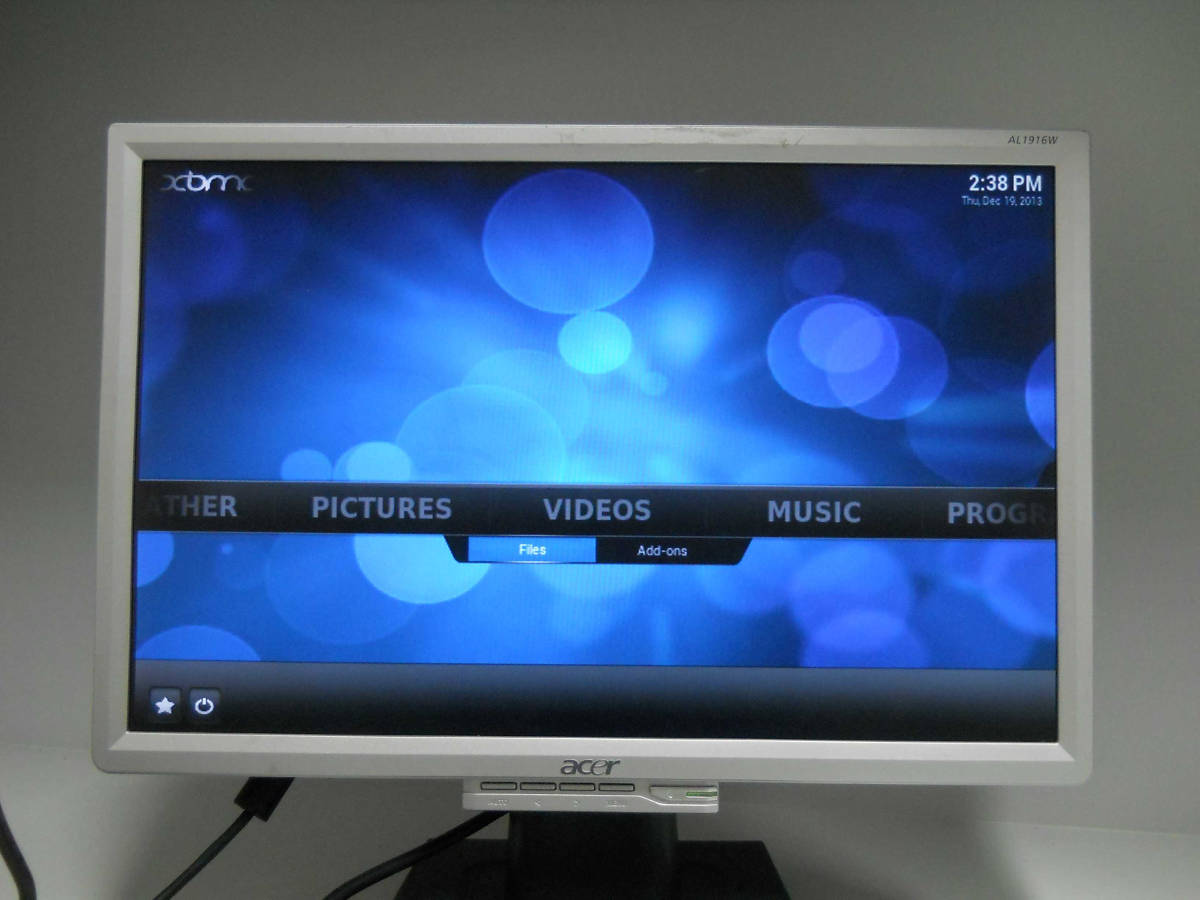 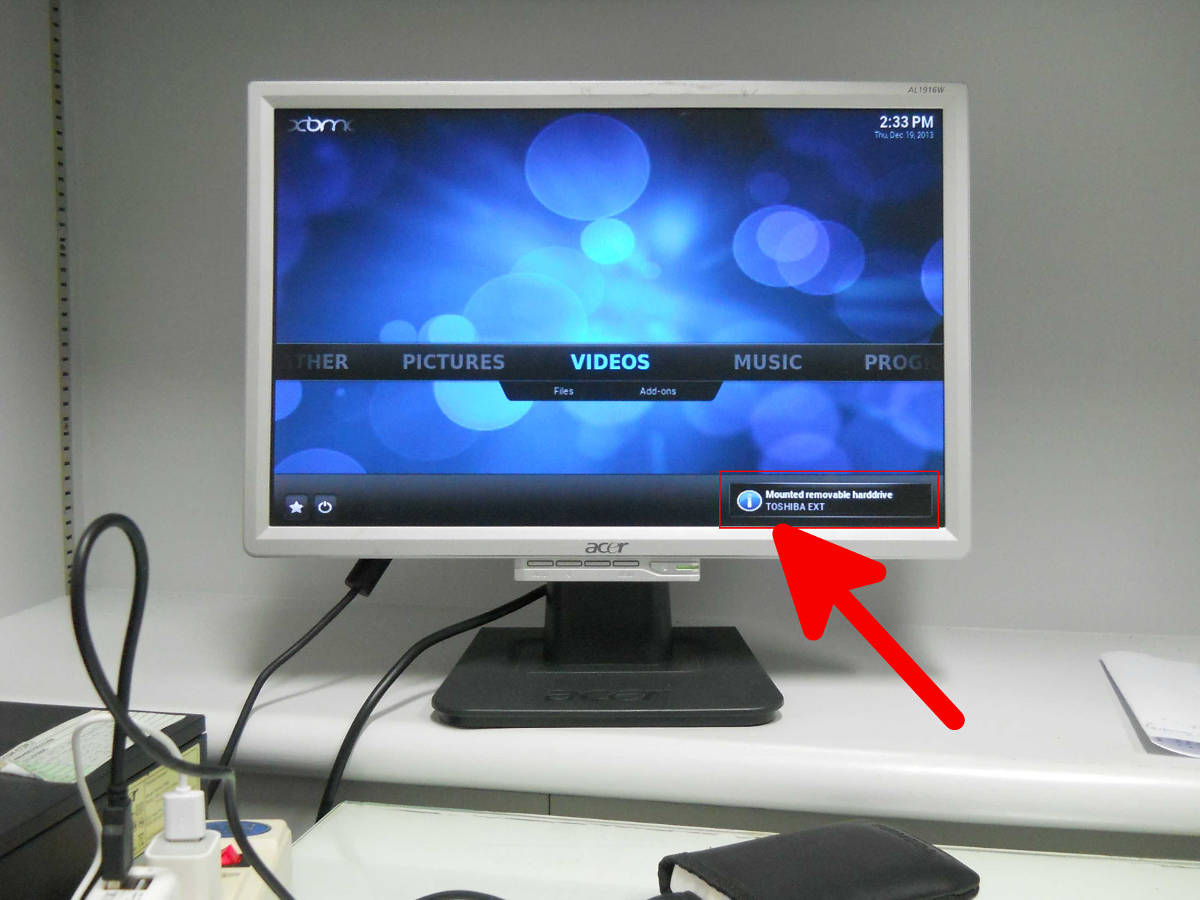 The complete appearance of my RaspBMC system.

System summary of my RaspBMC system.