How to integrate Android into KDE Linux desktop

KDE desktop has long been favored by many Linux geeks because it has every element to fulfill their appetite: customizable every bit of it, aesthetically pleasing desktop effects, openness to adopting new technologies such as semantic desktop, etc. Beyond all these bells and whistles, the KDE desktop community constantly tries to advance the state of the art of the desktop, experimenting with wild new ideas.

One such effort is so-called KDE Connect, which is a brainchild of Albert Vaca, as part of his Google Summer of Code 2013. The objective of KDE Connect is to seamlessly connect all sorts of devices to KDE desktop, so they can talk to each other. KDE Connect currently supports Android device and WiFi network based sharing, but support for diverse device profiles and network backends are planned for the future.

In this tutorial, I will demonstrate how to integrate Android into KDE Linux desktop by using KDE Connect. The (growing) feature set of KDE Connect is as follows.

In the following, I will go over how to install and set up KDE Connect on both KDE desktop and Android device.

On Kubuntu or Debian KDE:

On Kubuntu, kde-connect is included in the base repositories starting from 13.10. So simply using apt-get will do the installation on Kubuntu 13.10 or higher.

To install kde-connect on Kubuntu 13.04 or earlier, you can build it from the source as follows. You can use the same building procedure on Debian KDE.

Installation instruction for Fedora KDE edition is as follows.

The first step after installing kde-connect is to run the following command as a non-root user, which will activate kde-connect on the user's KDE desktop.

If successful, the above command should return true.

Now go ahead and rebuild system configuration cache as follows.

At this point, you should find KDE Connect menu under Systems Settings (which will remain empty until you pair any Android device). 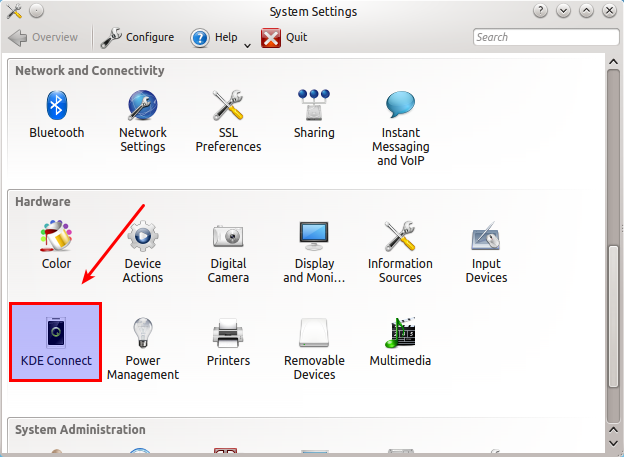 Connecting an Android device to KDE desktop is straightforward.

To use most features of KDE Connect, Android 4.1 or higher is recommended. You could still install KDE Connect on up to Android 2.3, but the functionality of KDE Connect will be limited.

After installation, make sure that your Android device and KDE desktop are connected to the same WiFi network.

Launch KDE Connect on Android. You should see the hostname of your KDE destop listed under Not paired devices. 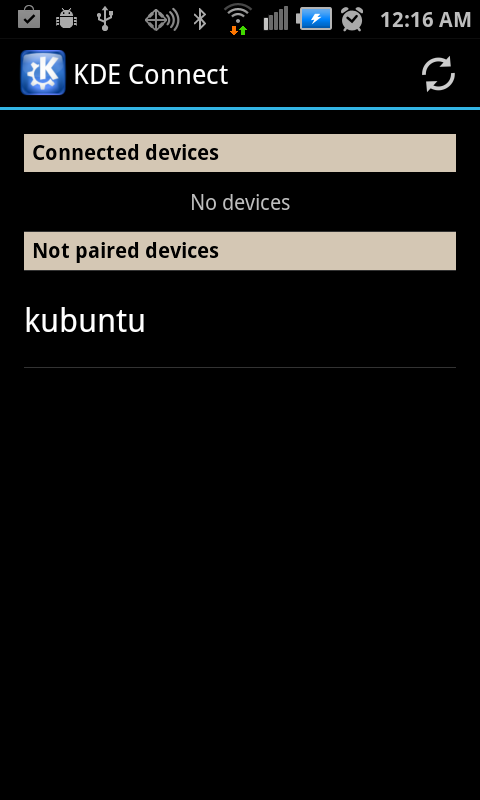 At this point, you should see a pairing request notification on your KDE desktop. Simply accept it.

Now you will see your host listed under Connected devices on Android. 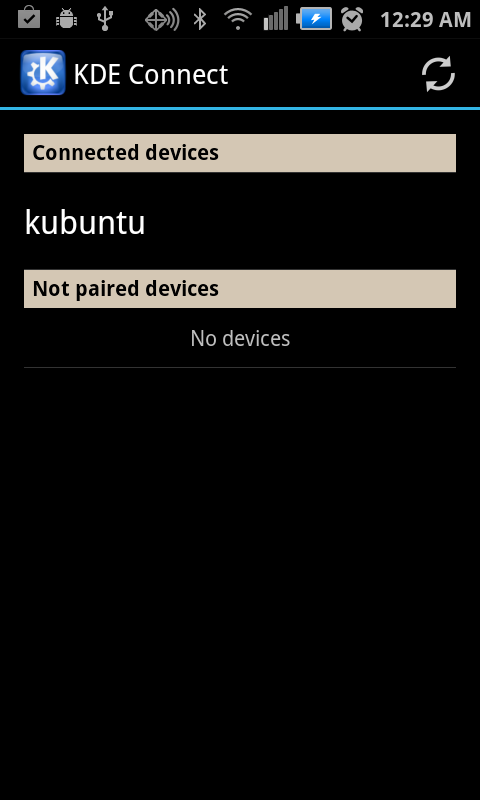 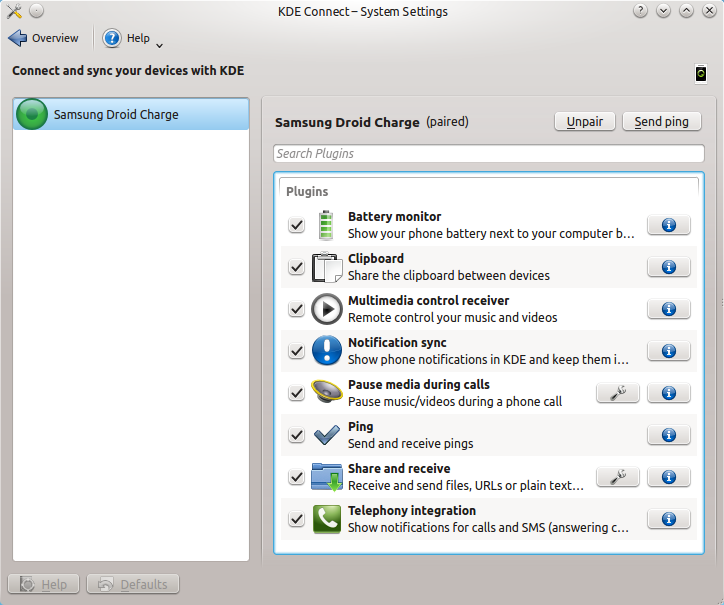 One simple demonstration of KDE Connect is shown as follows, where ping notification sent by Android appears in KDE desktop. 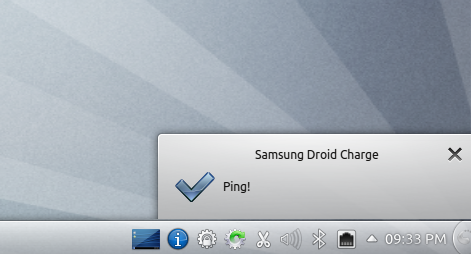 To deactivate kde-connect from your desktop, run the following commands.

1. If kde-connect is successfully built, but your Android device cannot discover the desktop, check if the firewall on your desktop is blocking traffic from Android device. It uses dynamic ports in the range 1714-1764 for UDP and TCP.

2. If you get the following error while building kde-connect, this is due to minimum version requirement (0.8.1) of libqjson-dev.