How to install Unity Tweak Tool on Ubuntu desktop

Unity Tweak Tool is a popular Unity desktop customization tool. As the name implies, this tool is applicable to Ubuntu's default desktop environment only (i.e., Unity-based GNOME desktop). This versatile tool allows you to customize a wide variety of Unity desktop features and configurations via extremely intuitive and easy-to-use GUI. Its menu looks similar to Ubuntu's official System Settings, but its desktop customization capabilities far exceed those of the default System Settings. Using Unity Tweak Tool, you can customize appearance, behaviors and configurations for a plethora of desktop components, such as workspace, windows, icons, themes, cursors, fonts, scrolling, hot corners, etc. If you are a Unity desktop user, Unity Tweak Tool is definitely a must-have app. 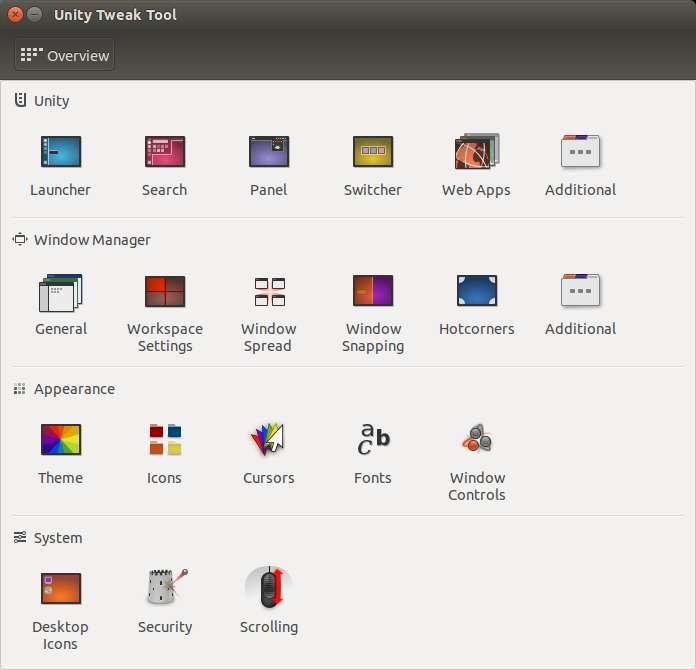 Starting with Ubuntu 13.04, Unity Tweak Tool is available in the Ubuntu's base repositories. So its installation is as straightforward as:

If you want to try the latest version of Unity Tweak Tool, you can install it from its daily PPA (as describe below).