How to install Ubuntu desktop behind a proxy

Question: My computer is connected to a corporate network sitting behind an HTTP proxy. When I try to install Ubuntu desktop 14.04 (Trust Tahr) on the computer from a CD-ROM drive, the installation hangs and never finishes while trying to retrieve files, which is presumably due to the proxy. However, the problem is that Ubuntu installer never asks me to configure proxy during installation procedure. Then how can I install Ubuntu desktop behind a proxy?

Unlike Ubuntu server, installation of Ubuntu desktop is pretty much auto-pilot, not leaving much room for customization, such as custom disk partitioning, manual network settings, package selection, etc. While such simple, one-shot installation is considered user-friendly, it leaves much to be desired for those users looking for "advanced installation mode" to customize their Ubuntu desktop installation.

In addition, one big problem of the default installer for Ubuntu desktop, at least for 14.04 (Trusty Tahr), is the absense of proxy settings. If your computer is connected behind a proxy, you will notice that Ubuntu installation gets stuck while preparing to download files. 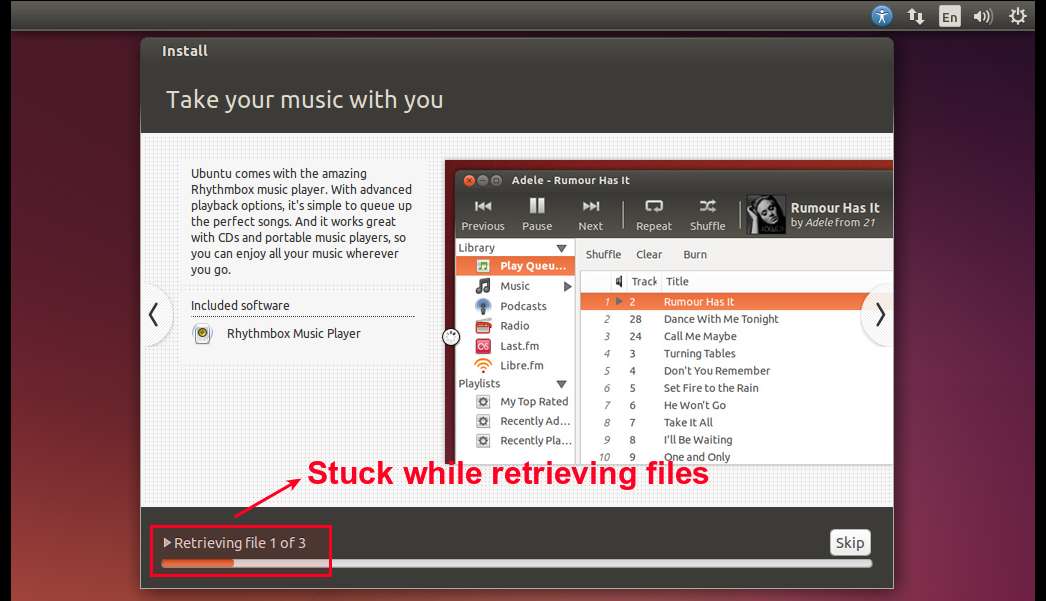 This post describes how to get around the limitation of Ubuntu installer and install Ubuntu desktop when you are behind a proxy.

The basic idea is as follows. Instead of starting with Ubuntu installer directly, boot into live Ubuntu desktop first, configure proxy settings, and finally launch Ubuntu installer manually from live desktop. The following is the step by step procedure.

After booting from Ubuntu desktop CD/DVD or USB, click on "Try Ubuntu" on the first welcome screen.

Once you boot into live Ubuntu desktop, click on Settings icon in the left. 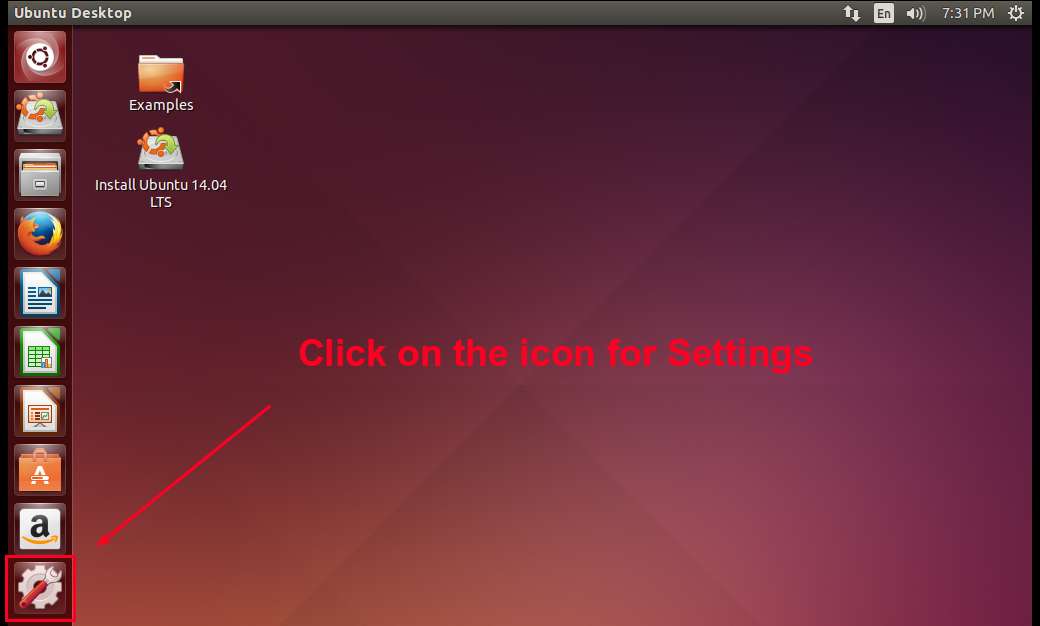 Next, open a terminal.

Enter a root session by typing the following:

Finally, type the following command as the root.

This will launch GUI-based Ubuntu installer as follows.

Proceed with the rest of installation.