How to install and configure Conky on Linux

Conky is a light-weight system monitoring tool combined with a fully-customized desktop theme, which can completely change your Linux desktop experience. Using Conky, you will get a fully personalized desktop theme, populated with an eye-catching smart clock, current date and time, as well as the current status of your Linux system such as used/free HDD space, RAM and CPU utilization. Conky interface can also keep you updated with up/down time of the system and uploaded/downloaded data traffic. The point is, Conky is fully configurable and scriptable, being able to collect and display almost any type of information directly on an X window.

Let's assume that your Linux system is connected to the Internet.

To install conky on Ubuntu, Debian, use apt-get:

To install Conky on CentOS or RHEL, first set up EPEL repository, and then run:

Conky's configuration is defined with the Lua programming language. There are plenty of Conky themes you can download. In this tutorial, let's download and try one Conky example. 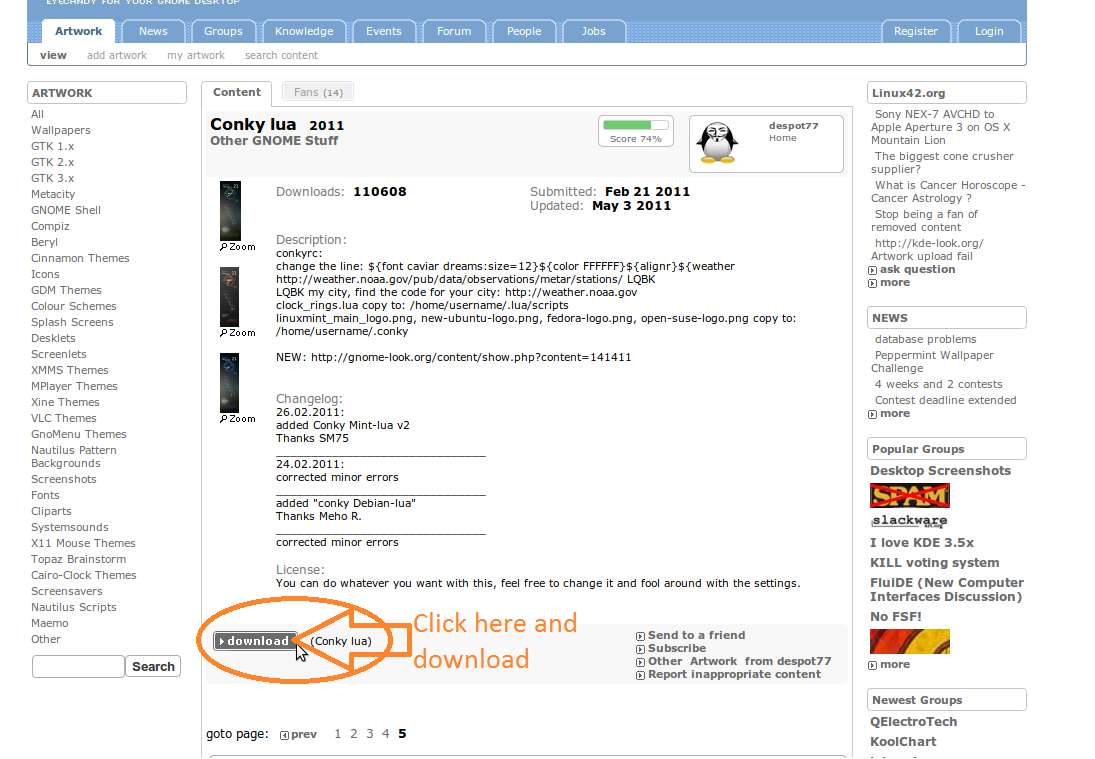 The Conky Lua will be downloaded as a compressed archive, named as 139024-Conky-lua1.tar.gz. Extract files from the compressed tarball.

In this tutorial, we will configure Conky on Ubuntu. Hence, we extract a folder called Conky ubuntu-lua.tar.gz.

Now, rename the file conkyrc to .conkyrc, and copy it to your home directory.

Next, create a new folder named .conky in your home directory, and copy the other two files (clock_rings.lua and new-ubuntu-logo.png) to ~/.conky folder.

Now you need to edit the .conkyrc file that you put in your home directory.

After editing ~/.conkyrc, you are ready to launch Conky.

Go to the terminal and type the following command to launch Conky as a daemon.

Now you are done with the installation and configuration of Conky. If you follow everything accordingly, then you must have a transparent desktop utility theme like this one: 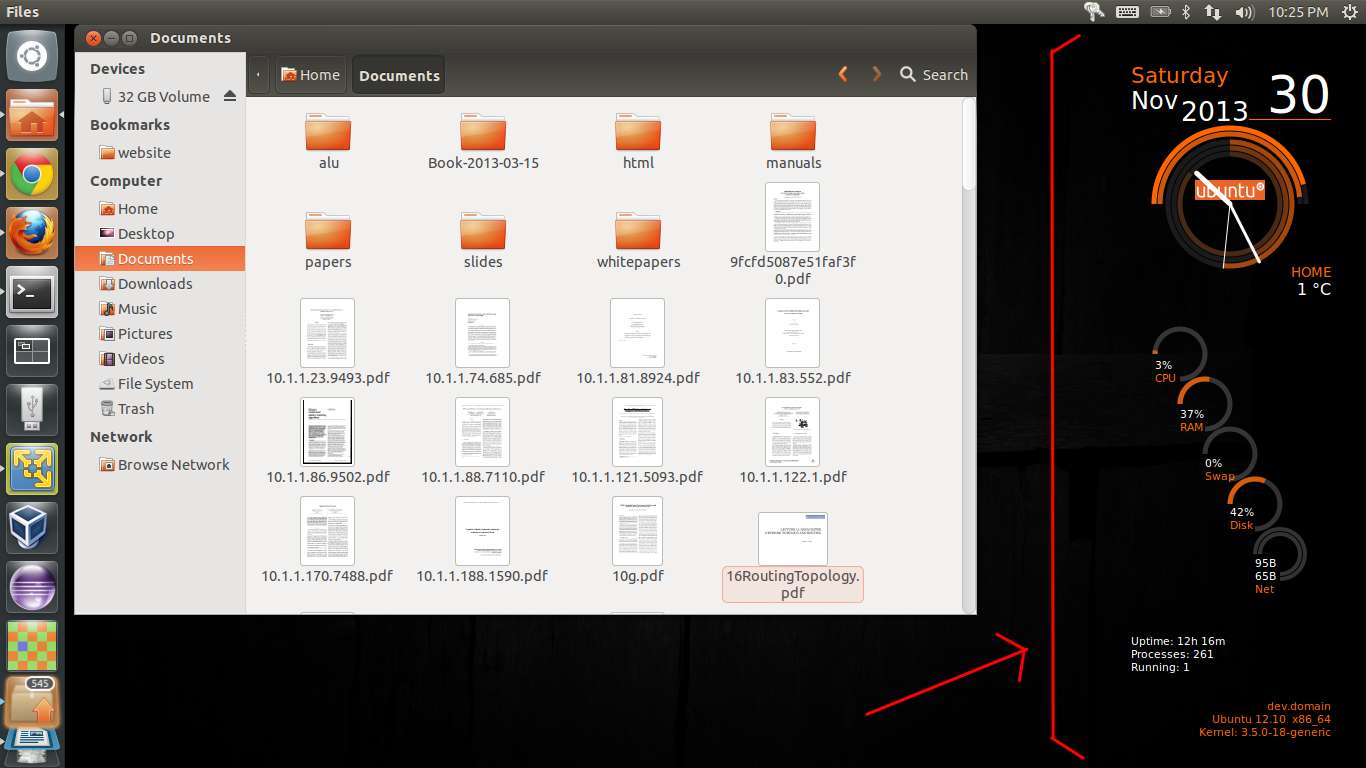 If you want to stop Conky, just go to the terminal and type the following.

Once you verify that Conky works correctly, you can set up Conky so that it auto-starts when you log in to your desktop.