How to generate documentation from source code in Linux

If you are an open-source developer and want to release your project to the public, you may consider publishing source-code documentation for the project. In cases where you are trying to read source code written by others, it will also be helpful if you can get a bird-eye view of the otherwise cryptic source code.

Using doxygen, you can auto-generate API reference documentation of source code, in HTML or LaTex format. You can also visualize class dependency and the relationship between different source files.

In this tutorial, I will explain how to automatically generate documentation from source code in Linux by using doxygen.

To install doxygen on Ubuntu, Linux Mint or Debian:

For CentOS, Fedora or RHEL:

To install doxygen on CentOS, Fedora or RHEL:

To generate documentation of source code, proceed as follows.

The above command will generate a template configuration file for a particular project, which you can further customize as described below.

Among others, you can edit the following options in the configuration file.

Now go ahead and run doxygen with the configuration file.

Documentations are generated in both HTML and Latex formats, and stored in ./html and ./latex directories respectively.

To browse the HTML-formatted documentation, you can use any web browser to open the HTML index file.

Here are several screenshots for sample documentations generated by doxygen.

This shows a list of header files that are automatically categorized by topics. 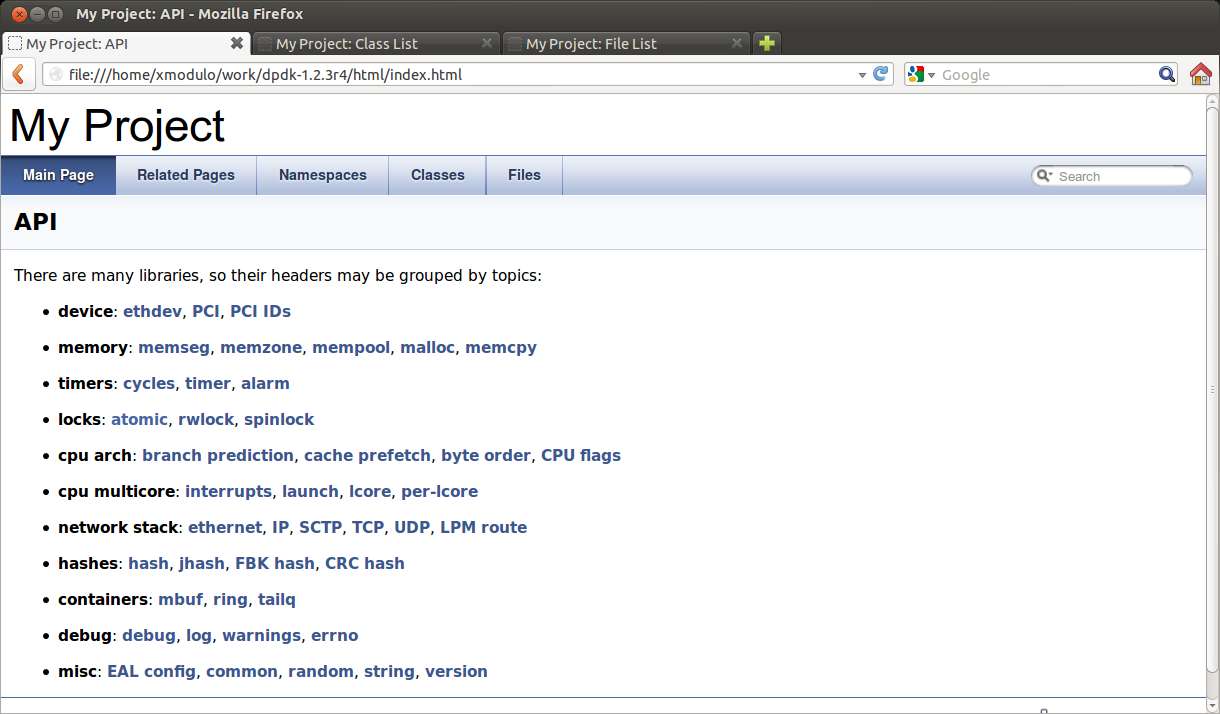 This shows a list of classes, structs, unions and interfaces with descriptions. 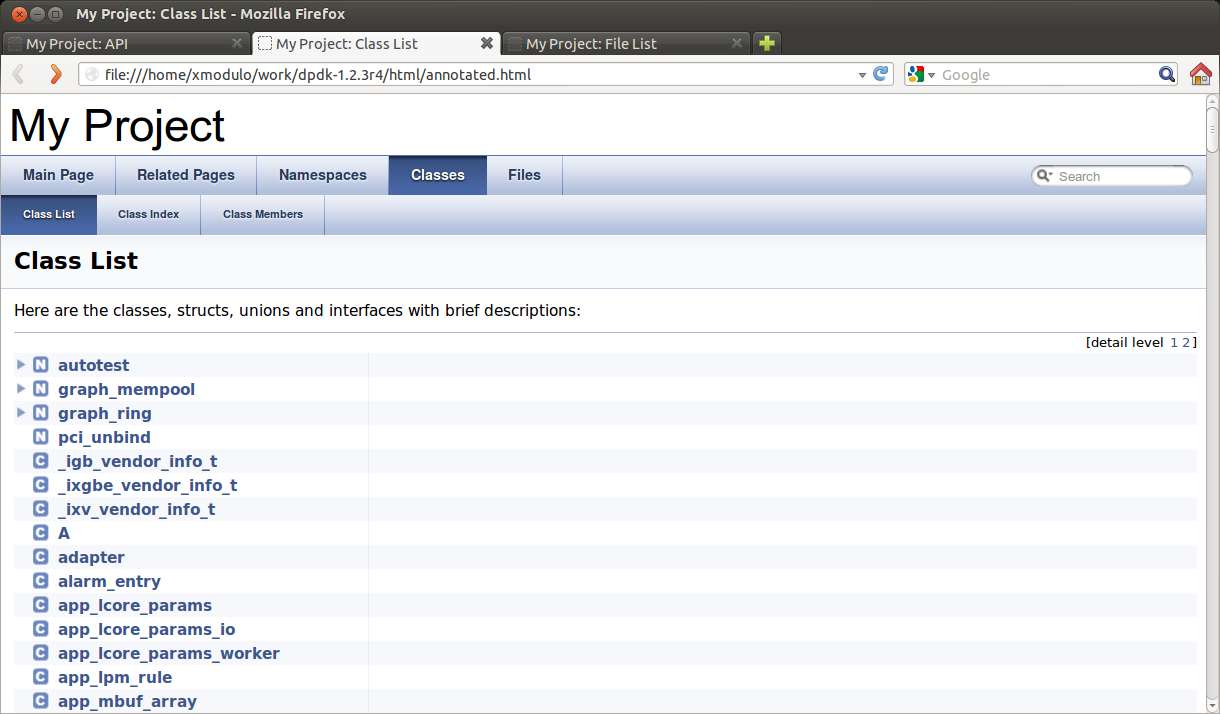 This shows a source code browser listing all source files recursively in sub-directories. 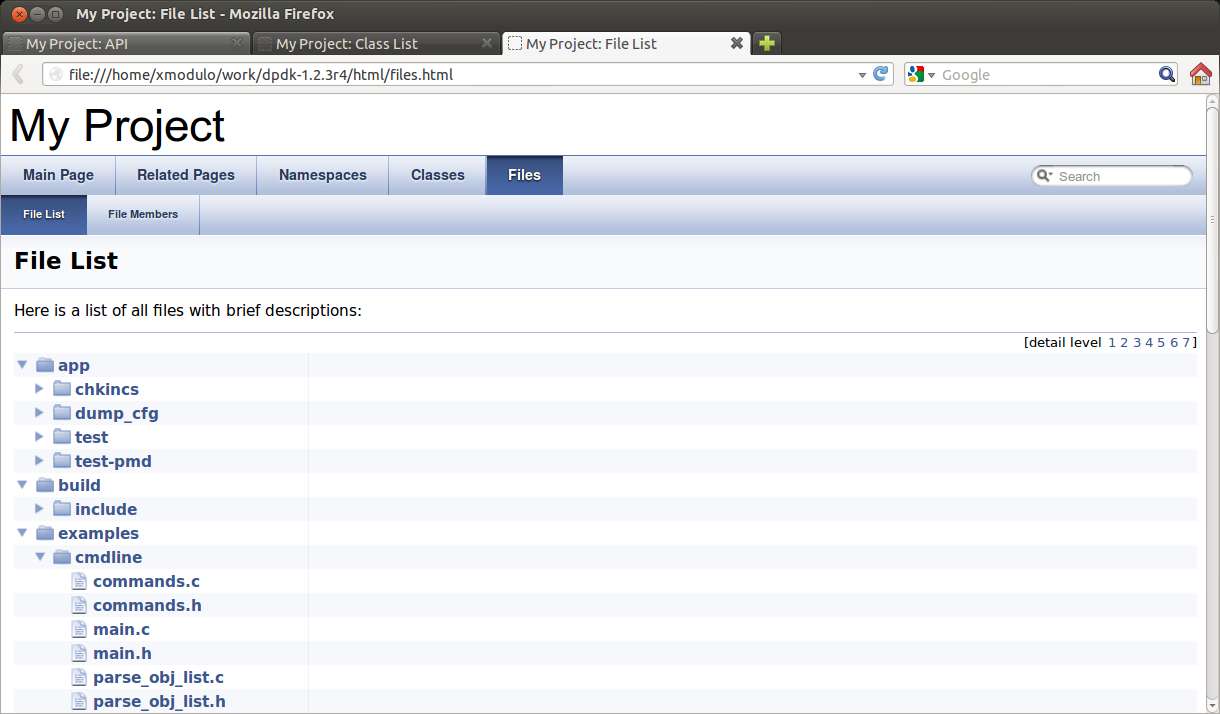 If you click on a particular source file, you will see a page which shows dependency graph for the file, as well as documentation for all defined functions. 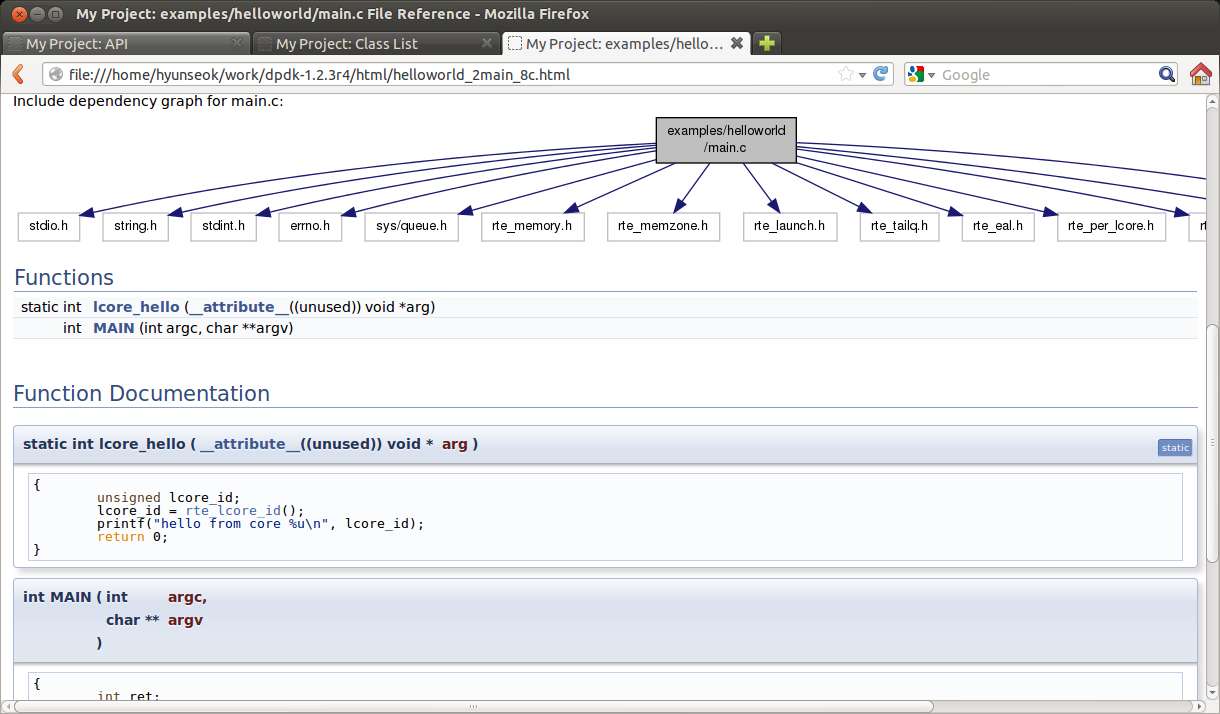 This shows a detailed view of function/macro definitions. Below the figure is shown the actual source code snippet that corresponds to this documented portion. 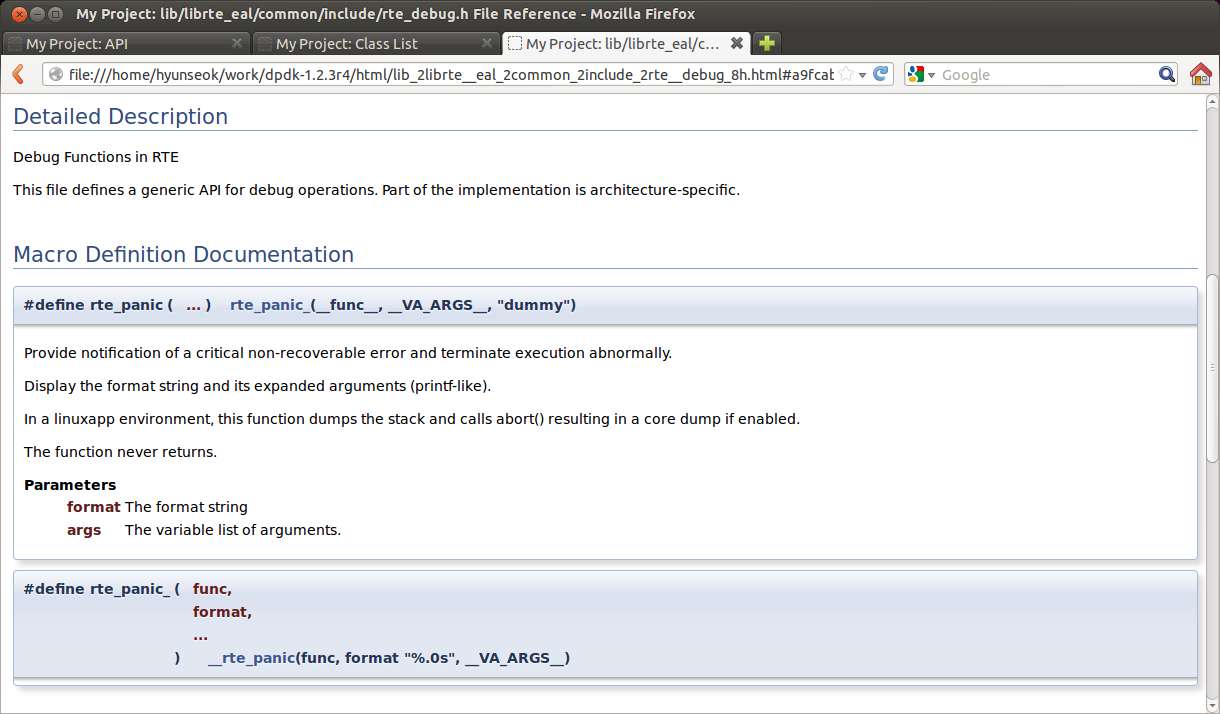 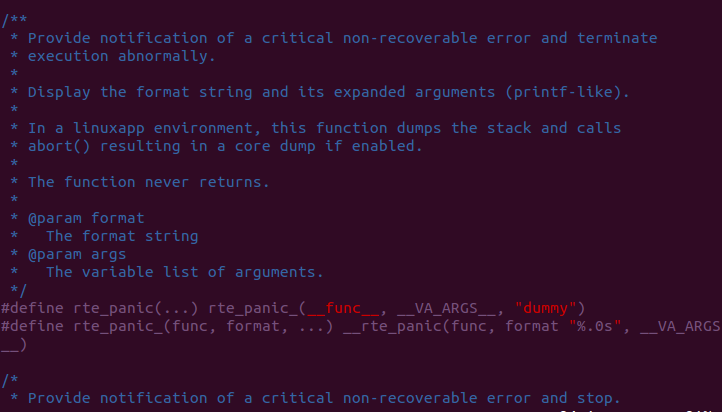