How to count the number of open network connections on Linux

One of system resources to monitor closely as a system administrator is network connections. In order to maintain adequate networking performance on a server, you need to watch out for any abnormal behavior in network connections (e.g., unusually high volume of connection requests), and act on it (e.g., filter DDoS or port scanning attacks).

To monitor open IPv4 network connections with conntrack-tools, first make sure that a kernel module called nf_conntrack_ipv4 is loaded on your system.

If you want to monitor IPv6 connections, you can load nf_conntrack_ipv6 module as well.

Depending on distributions you are using, these modules may already come preloaded.

After verifying that nf_conntrack_ipv4 module is loaded, go ahead and install conntrack-tools, as well as all prerequisite packages as follows.

To print all network connections being tracked with conntrack, run the following command. 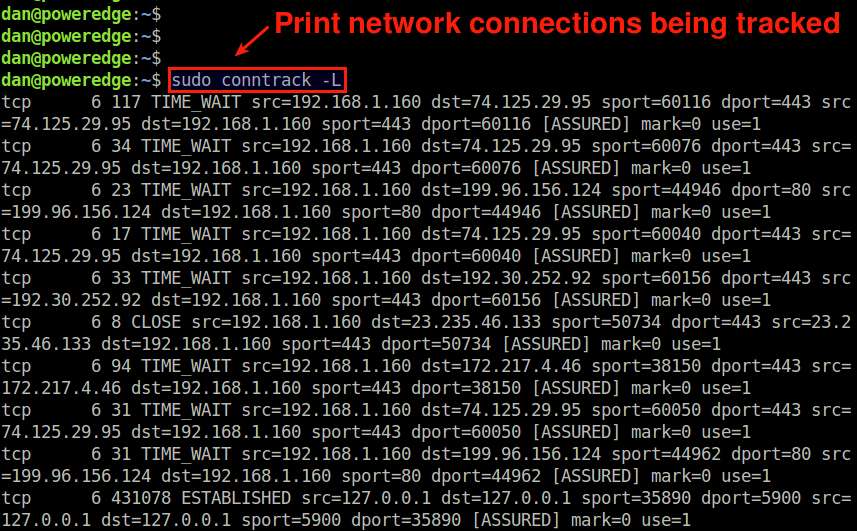 To count the total number of network connections at the moment, simply run:

If you want to monitor newly created network connections as real-time events, use the following command.

This command will print only those connections whose status is NEW. Thus each time a new network connection is established, the event will appear in the screen in real-time. 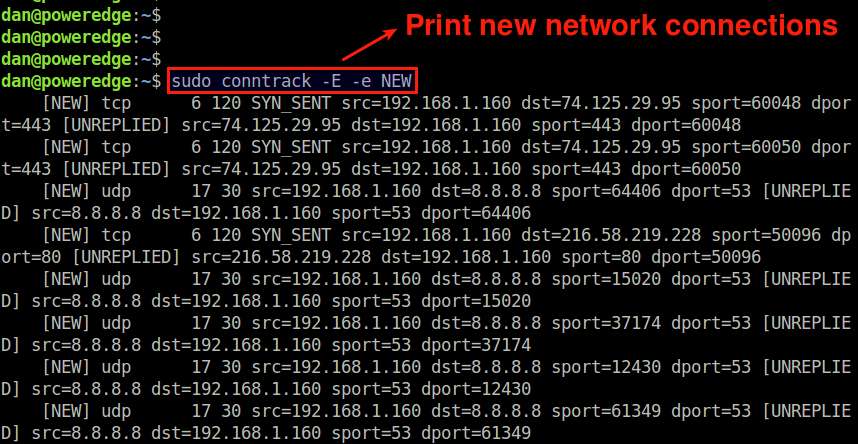 You can apply various filtering in the output of conntrack tool.

For example, to display open TCP connections only, run the following command. 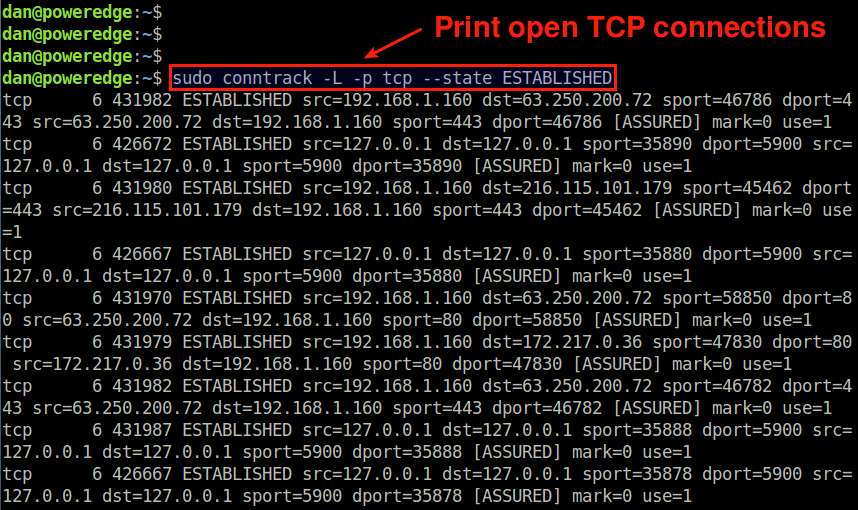 If you want to monitor new SSH connections in real-time, run the following.

Before using conntrackd, make sure that conntrackd configuration in /etc/conntrackd/conntrackd.conf is correct in terms of network interface and IPv4 address (if they are specified), as shown below.

If there is no such specification, you can use the default configuration without any modification.

To run conntrackd as a daemon:

Once conntrackd daemon is running in the background, you can dump the statistics collected by the daemon as follows.