In this article, I will describe how to change the boot sequence of a guest VM on VMware Player.

As a demonstration, I will set up a guest VM to boot from an ISO image, which requires booting from CD/DVD. 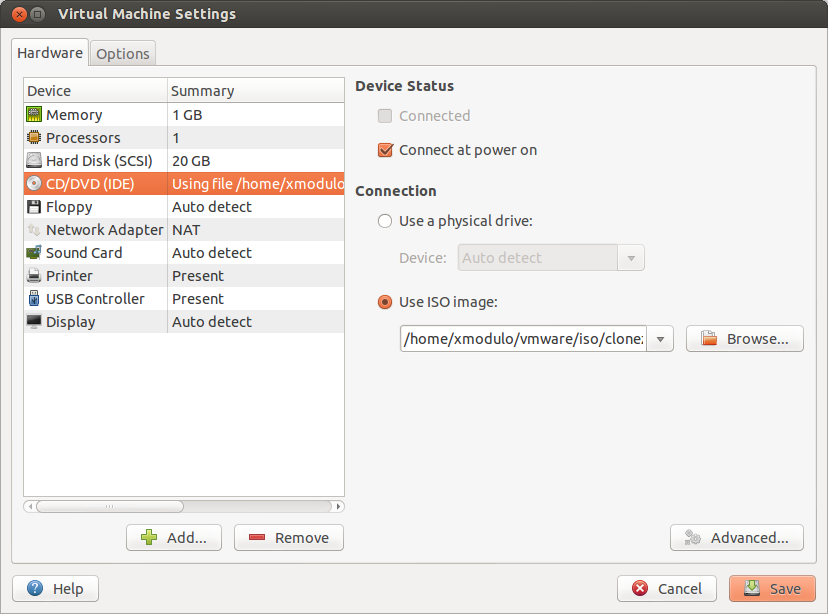 There are several ways to change the boot sequence of a guest VM on VMware Player.

Simply, power on the guest VM. Right after the VM is powered on, and before power-on self test (POST) starts, click into the VM's console screen, and then press <F2> button. That will lead you to the guest VM's BIOS settings as shown below. 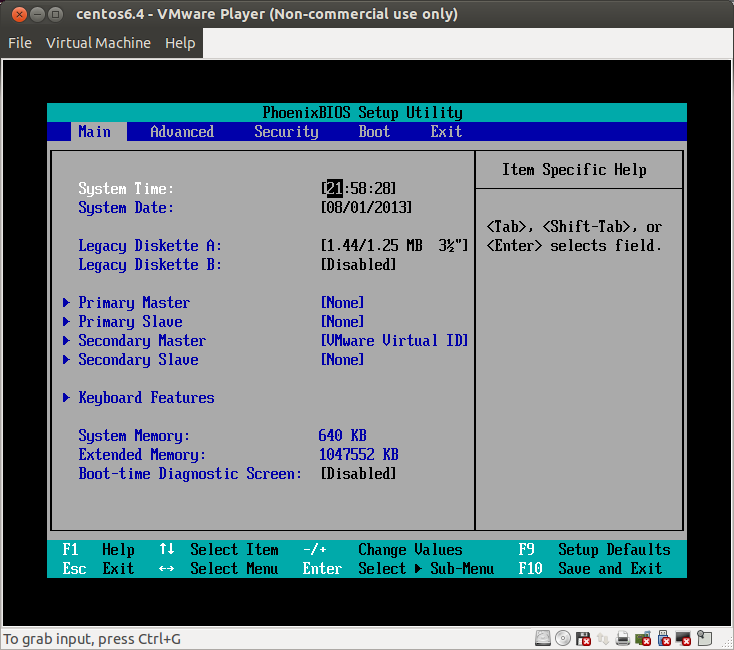 Go to Boot tab, and press <down> key to highlight CD-ROM drive. Press <SHIFT> and <+> keys to move CD-ROM drive up on top. 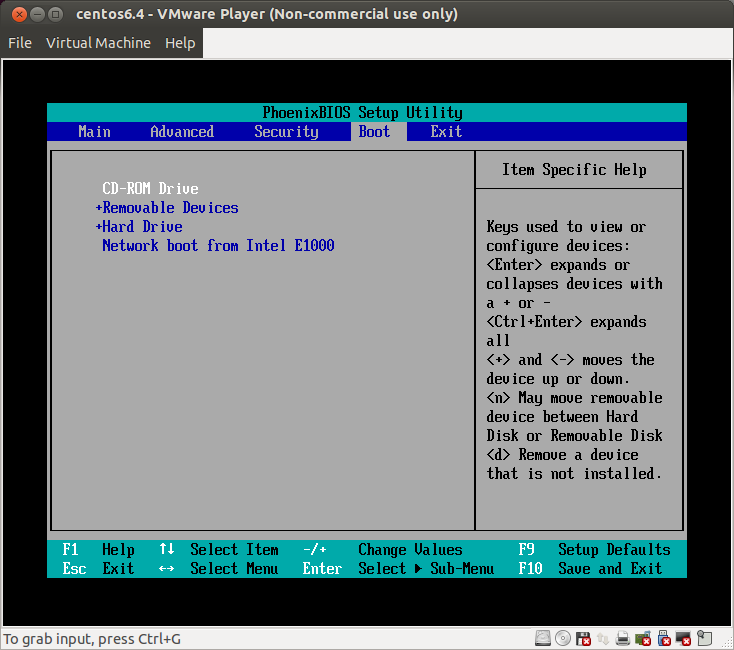 Save the change, and exit the BIOS settings. 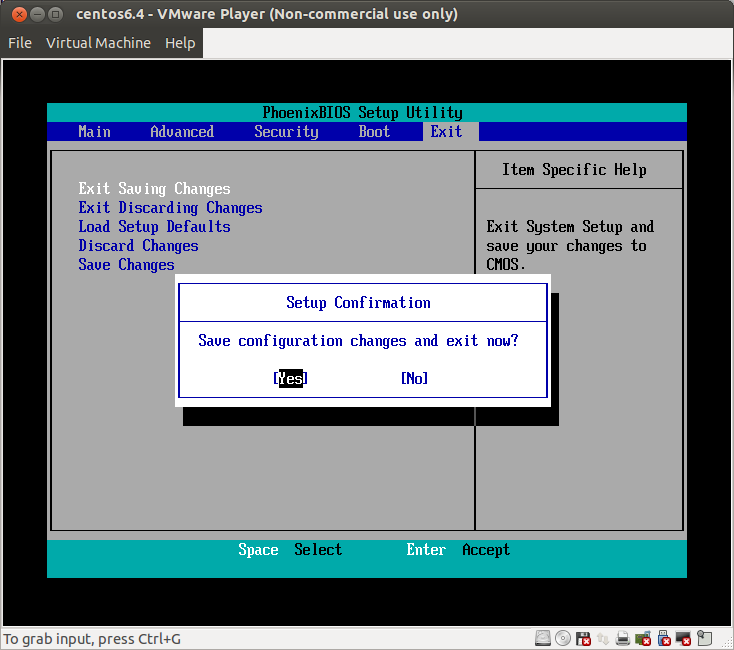 Upon exit, the guest VM will boot from the ISO image loaded on CD-ROM drive.

If you cannot press <F2> button quickly enough to enter BIOS settings, add the following entry to the *.vmx file of the guest VM.

This will delay POST procedure. Note that the unit of numbers is milliseconds. So if you want to delay POST screen by 5 seconds, it should be: bios.bootDelay = "5000". The maximum allowable boot delay is 10000 milliseconds or 10 seconds. With additional boot delay, you will have more time before booting, during which you can press <F2> key to enter the BIOS setup menu.

Alternatively, you can add the following entry in the *.vmx file of the guest VM. This will force the guest VM to automatically enter the BIOS settings upon power-on.