How to expand an XFS file system

XFS is an open-source (GPL) journaling file system originally developed by Silicon Graphics. The suport for XFS file system is available on most Linux distros nowadays. In fact, XFS has become the default file system adopted by the latest CentOS/RHEL 7. One of its many features is online resizing, where an existing XFS file system can be expanded while it is mounted. Support for shrinking an XFS file system is not available though.

To expand an existing XFS file system, you can use a command line utility called xfs_growfs, which is available by default on most Linux distros. Since XFS supports online resizing, the target file system can be mounted or unmounted.

Here is the basic usage of xfs_growfs: 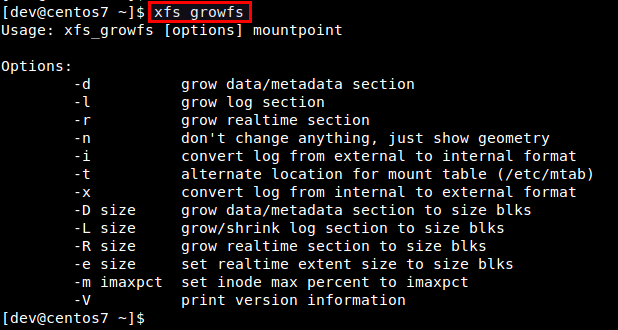 If you do not specify size with -D option, xfs_growfs will automatically expand an XFS file system to the largest possible size.