How to configure a Linux bridge with Network Manager on Ubuntu

Network bridge is a hardware equipment used to interconnect two or more Layer-2 network segments, so that network devices on different segments can talk to each other. A similar bridging concept is needed within a Linux host, when you want to interconnect multiple VMs or Ethernet interfaces within a host. That is one use case of a software Linux bridge.

To avoid any issue, it is recommended that you have Network Manager 0.9.9 and higher, which is the case for Ubuntu 15.04 and later.

The easiest way to create a bridge with Network Manager is via nm-connection-editor. This GUI tool allows you to configure a bridge in easy-to-follow steps.

The editor window will show you a list of currently configured network connections. Click on Add button in the top right to create a bridge. 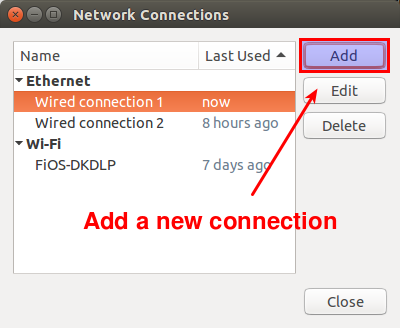 Next, choose Bridge as a connection type. 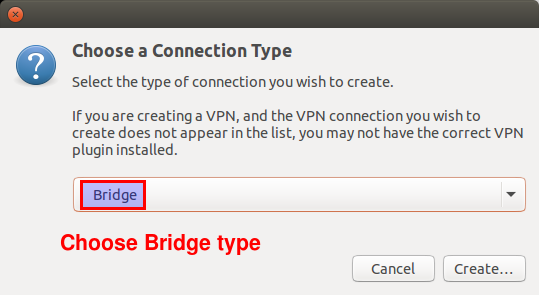 Now it's time to configure a bridge, including its name and bridged connection(s). With no other bridges created, the default bridge interface will be named bridge0. 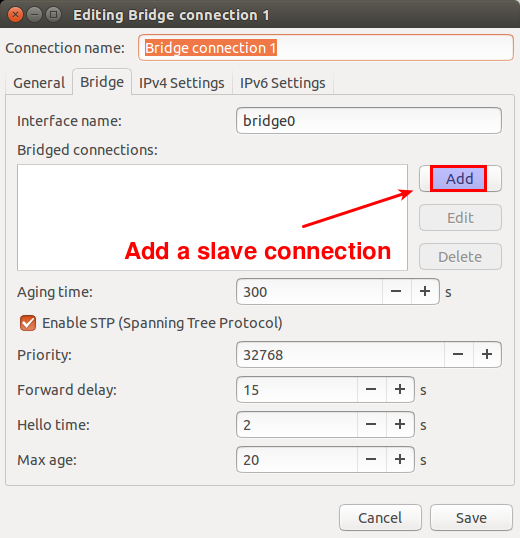 Choose Ethernet as a connection type. 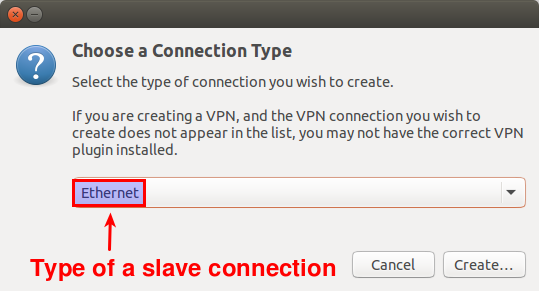 In Device MAC address field, choose the interface that you want to enslave into the bridge. In this example, assume that this interface is eth0. 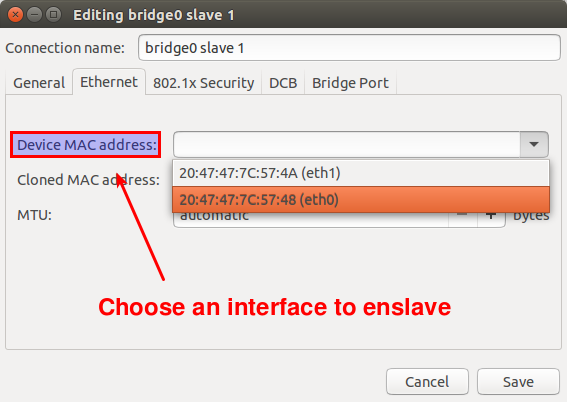 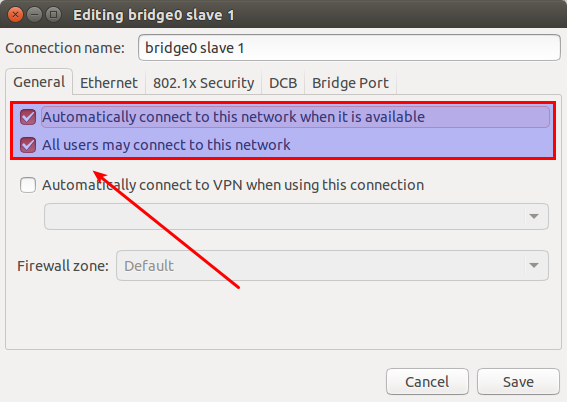 Now you will see a new slave connection created in the bridge. 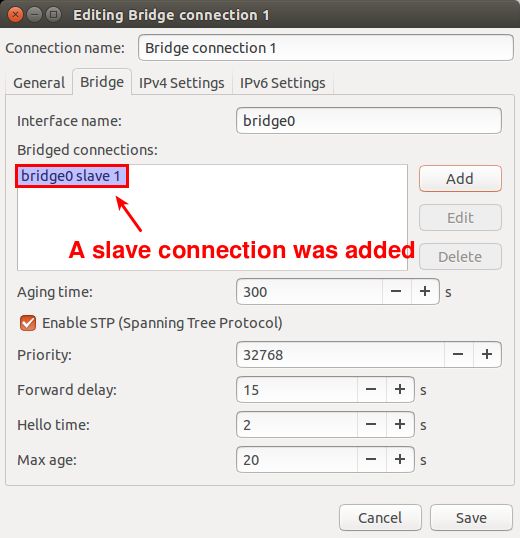 Click on General tab of the bridge, and make sure that top-most two checkboxes are enabled. 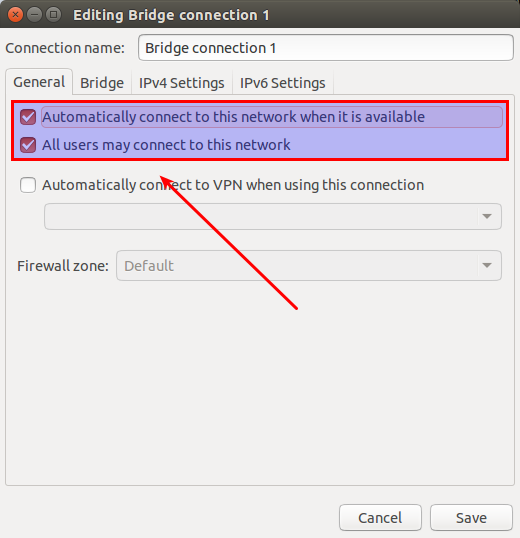 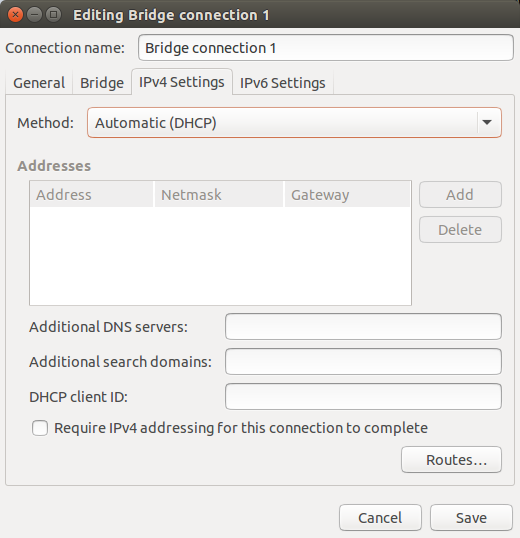 Finally, save the bridge settings.

Now you will see an additional bridge connection created in Network Connections window. You no longer need a previously-configured wired connection for the enslaved interface eth0. So go ahead and delete the original wired connection. 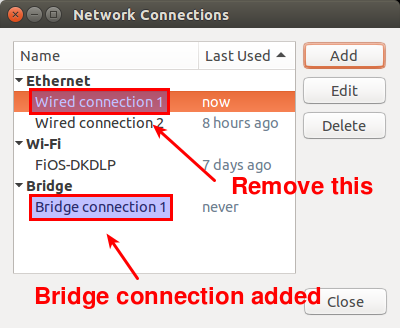 At this point, the bridge connection will automatically be activated. You will momentarily lose a connection, since the IP address assigned to eth0 is taken over by the bridge. Once an IP address is assigned to the bridge, you will be connected back to your Ethernet interface via the bridge. You can confirm that by checking Network settings.

Also, check the list of available interfaces. As mentioned, the bridge interface must have taken over whatever IP address was possessed by your Ethernet interface.

That's it, and now the bridge is ready to use!