How to configure an IP address on Raspberry Pi

The default Raspbian system for Raspberry Pi is set up to get an IP address automatically from the network via DHCP, whether for wired Ethernet or wireless WiFi (via a USB wireless dongle). Raspbian can support both IPv4 and IPv6. IPv4 is ready for use by default, while IPv6 must be enabled manually.

If you want to set up an IP address for wired or wireless networks on a Raspbian system, there are several ways to do it, either in the text (manual) mode or via GUI tools.

In this tutorial, I will explain several ways to configure an IP address on Raspbian-powered Raspberry Pi. IPv4 will be used in this tutorial.

If you want to connect Raspberry Pi to a WiFi access point, you can use a USB wireless network dongle. If you plan to buy one, it is recommended to check which wireless chipset will work with Raspberry Pi before you buy. Otherwise, you may be frustrated trying to figure out how to install a necessary driver on Raspberry Pi. Refer to this page for a list of RPi-compatible USB Wi-Fi adapters.

To get an IP address for a USB WiFi dongle, follow the instructions below. Here I use Ralink USB WiFi dongle with RT5370 chipset. This chipset is recognized by Raspbian automatically.

After plugging in your USB WiFi dongle, power up Raspberry Pi.

Log in to Raspberry Pi, and launch GUI desktop by typing:

Double-click on WiFi Config icon on the desktop. 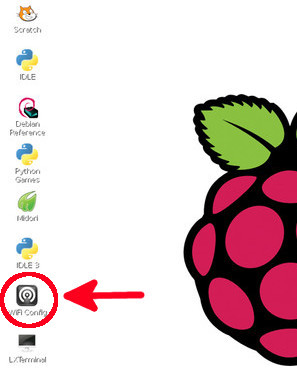 This will give you a wpa_gui window (see picture below). 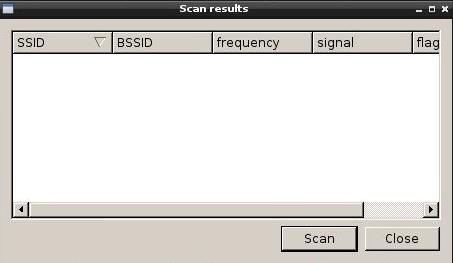 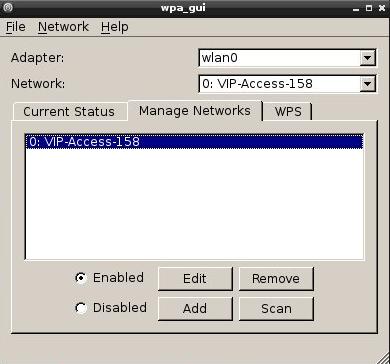 When done, click on Current Status tab, and then click on Connect button to connect the access point. It will take a couple of seconds until you get an IP address from DHCP negotiation.

After you get an IP address, you can close the wpa_gui window. You can still check the current status of wireless connection from desktop tray icon as shown below.

To configure Raspbian with a static IP address manually for the Ethernet, follow the instructions below.

Make sure that you plug in everything right (keyboard, HDMI monitor/TV, SD card, power cable adapter), and then turn on the power.

Wait until you are prompted to log in, and type pi for username and raspberry for password (which are default Raspbian login credentials).

A Raspbian's network configuration file is located at /etc/network/interfaces. A default configuration looks like the following, where DHCP is used for wired Ethernet.

Edit this config file with any text editor as follows. The bold font texts are newly updated configuration.

In the updated config file, the line containing dhcp is commented out, and static IP configuration (with IP address, netmask and gateway) is added. Adjust the settings according to your network condition.

Restart the networking services to activate the change without reboot.

To check whether an IP address is set or not, type ip command.

Another way to set up a static IP address on Raspberry Pi is using Wicd tool, which is an open-source network manager for wired and wireless networks. Wicd tool is not installed on Raspbian by default, so you need to install it first.

Follow instructions below to install Wicd and set up a static IP address with Wicd.

You will see an ncurses-based interface for listing available wired and wireless networks. 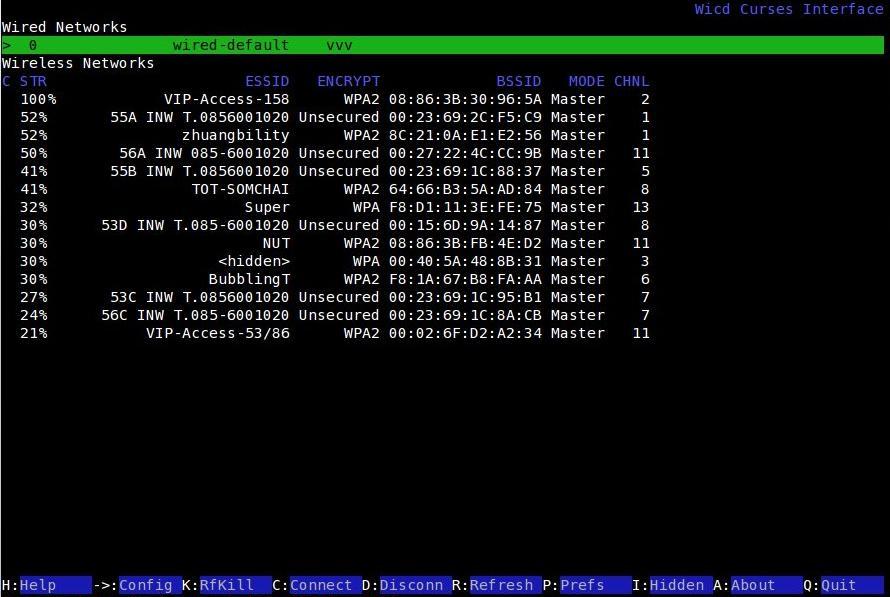 The instruction for setting up a static IP address on Wicd is the same for both wired Ethernet or WiFi networks (accessible via a USB WiFi dongle).

First, you need to highlight a network to configure (e.g., an Ethernet-based wired network, or a particular WiFi access point), and press right arrow button. This will open a setup window (see picture below). 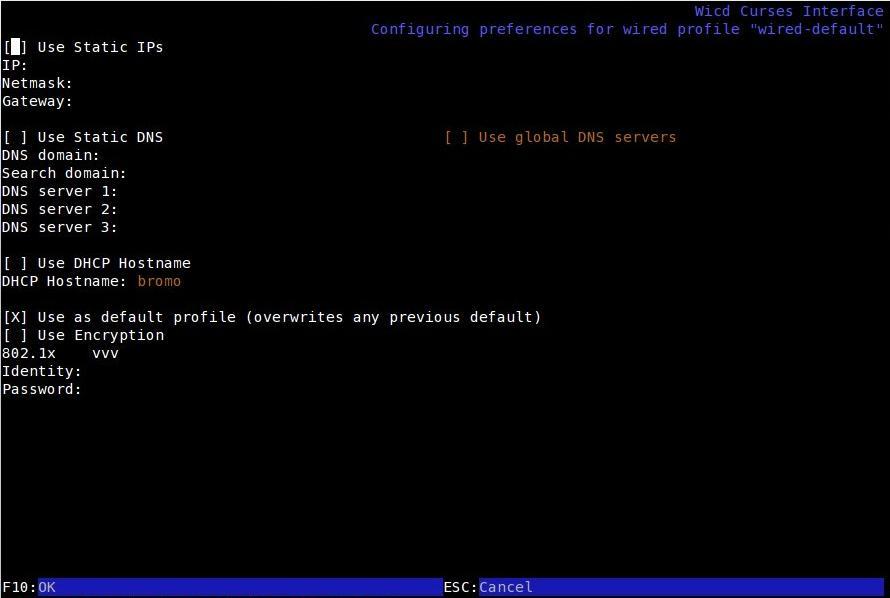 Press space button to turn on Use Static IPs, and then fill out IP address, netmask and gateway.

In case of WiFi configuration, besides above information, you will also need to fill out an access point password in the Key field.

Press F10 button to save the entered information, which will then bring you back to the list of available networks.

Note: Wicd is also available as a full GUI version (i.e., wicd-gtk). This version comes with wicd-tray, which will be automatically loaded when you log in to your desktop, as configured in /etc/xdg/autostart/wicd-tray.desktop. To install wicd-gtk, simply run:

Here are screenshots of wicd-gtk and its desktop tray icon. 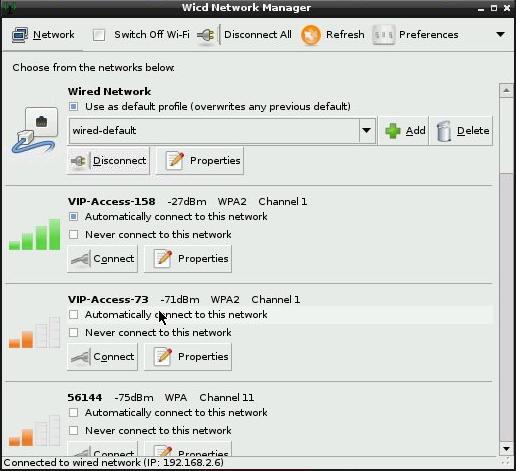