How to compile virt-manager on CentOS, Fedora or RHEL

Question: I would like to install the latest virt-manager which is available from its official website. How can I compile and install virt-manager from the source on [CentOS, Fedora or RHEL]?

virt-manager is a popular GUI-frontend for libvirt, allowing users to create and manage guest virtual machines on libvirt-supported hypervisors such as QEMU/KVM or Xen. virt-manager can control a host-local hypervisor as well as remote host's hypervisor (over SSH), giving users a location-transparent management interface for virtual machines. For remote desktop access on guest operating systems, virt-manager offers integrated remote desktop sessions via VNC and Spice.

Note that since the latest virt-manager relies on GTK3, you cannot install it on CentOS/RHEL 6 or earlier.

Before you start, you need to uninstall the existing virt-manager if you have already installed it from your distro's repositories.

Here we are going to build virt-manager's RPM packages from its latest source code, and install the RPMs.

First, set up the build environment, and generate virt-manager's RPM packages as follows. On Fedora, you can replace yum with dnf if you prefer.

After successful build, the RPM packages will be found in ~/rpmbuild/RPMS/noarch. Go to this directory.

At this point you should be able to launch virt-manager. 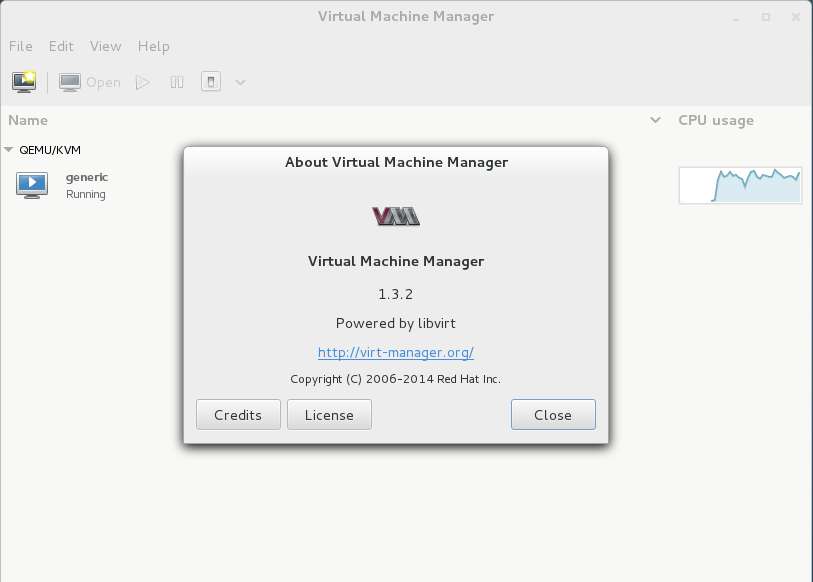