How to check RPM package dependencies on Fedora, CentOS or RHEL

A typical RPM package on Red Hat-based systems requires all its dependent packages be installed to function properly. For end users, the complexity of such RPM dependency is hidden by package managers (e.g., yum or dnf) during package install/upgrade/removal process. However, if you are a sysadmin or a RPM maintainer, you need to be well-versed in RPM dependencies to maintain run-time environment for the system or roll out up-to-date RPM specs.

In this tutorial, I am going to show how to check RPM package dependencies. Depending on whether a package is installed or not, there are several ways to identify its RPM dependencies.

One way to find out RPM dependencies for a particular package is to use rpm command. The following command lists all dependent packages for a target package. 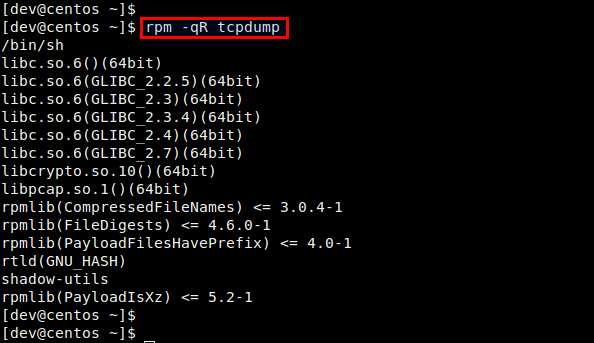 Note that this command will work only if the target package is already installed. If you want to check package dependencies for any uninstalled package, you first need to download the RPM package locally (no need to install it).

To download an RPM package without installing it, use a command-line utility called yumdownloader. Install yumdownloader as follows.

Then use rpm command with -qpR options to list dependencies of the downloaded package.

You can also get a list of dependencies for a RPM package using repoquery tool. repoquery works whether or not a target package is installed. This tool is included in yum-utils package.

To show all required packages for a particular package:

For repoquery to work, your computer needs network connectivity since repoquery pulls information from Yum repositories.

To install rpmrepater, use yum command. On CentOS, you need to set up EPEL repo first. 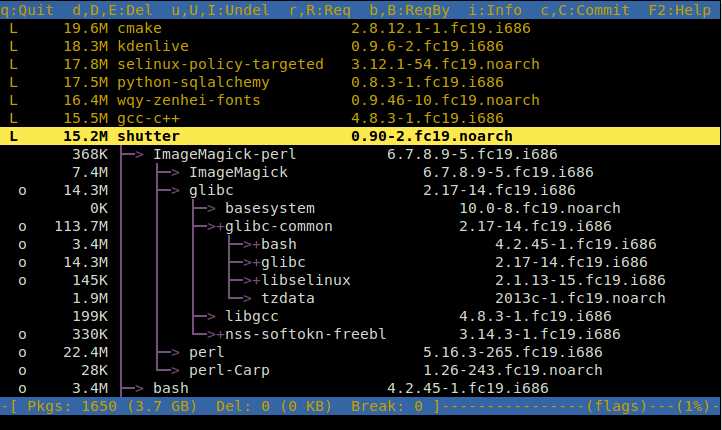 The rpmrepater interface will show you a list of all installed packages. You can navigate the list using up/down arrow keys. Press r on a highlighted package to show its dependencies. You can expand the whole dependency tree by recursively pressing r keys on individual dependent packages. The L flag indicates that a given package is a leaf, meaning that no other package depends on this package. The o flag implies that a given package is in the middle of dependency chain. Pressing b on such a package will show you what other packages require the highlighted package.

To install rpmdep and dotty on Fedora:

To install the same tools on CentOS:

To generate and plot a dependency graph of a particular installed package (e.g., gzip):

In this tutorial I demonstrate several ways to check what other packages a given RPM package relies on. If you want to know more about DEB package dependencies for Debian-based systems, you can refer to this guide instead.