Question: I would like to know which shared libraries are loaded at run-time when I invoke a particular executable. Is there any way to identify shared library dependencies of a program executable or a running process on Linux?

You can use the following methods to identiy which shared librariies a given program executable (e.g., /path/to/program) or a given running process (e.g., PID 1149) depends on.

To find out what libraries a particular executable depends on, you can use ldd command. This command invokes dynamic linker to find out library dependencies of an executable.

Note that it is not recommended to run ldd with any untrusted third-party executable because some versions of ldd may directly invoke the executable to identify its library dependencies, which can be security risk.

Instead, a safer way to show library dependencies of an unknown application binary is to use the following command.

If you want to find out what shared libraries are loaded by a running process, you can use pldd command, which shows all shared objects loaded into a process at run-time.

Note that you need root privilege to run pldd command. 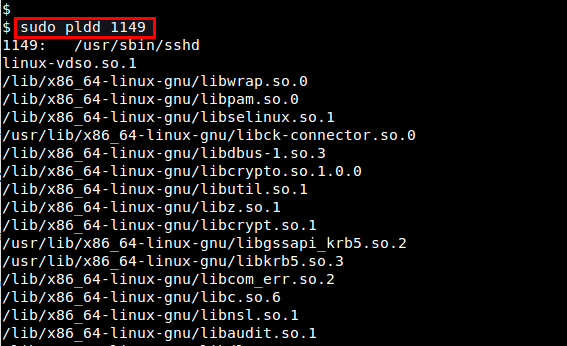 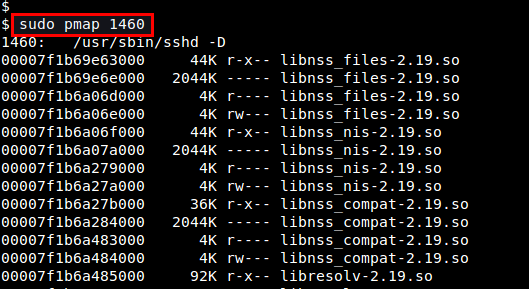