How to change default boot kernel permanently or temporarily on CentOS

Question: I have several kernel images installed on my CentOS box, and I want to change the default boot kernel either permanently or temporarily ("just once"). How can I change the default kernel version used by GRUB/GRUB2 on CentOS?

When there are multiple kernels installed on CentOS, GRUB/GRUB2 boot loader chooses and loads one of them as the default kernel during boot time. The default kernel can be chosen differently. For example, CentOS can be configured to boot into a newly installed kernel (e.g., CentOS 6), or it can boot a last saved entry regardless of the kernel is newer or older (e.g., CentOS 7).

If you want to change the default kernel to a particular kernel version permanently, you can modify GRUB configuration as follows.

Open /etc/default/grub with a text editor, and set GRUB_DEFAULT to the numeric entry value for the kernel you chose as the default. In this example, I choose the kernel 3.10.0-327 as the default kernel.

Reboot and confirm that the specified kernel is selected by GRUB2 by default. 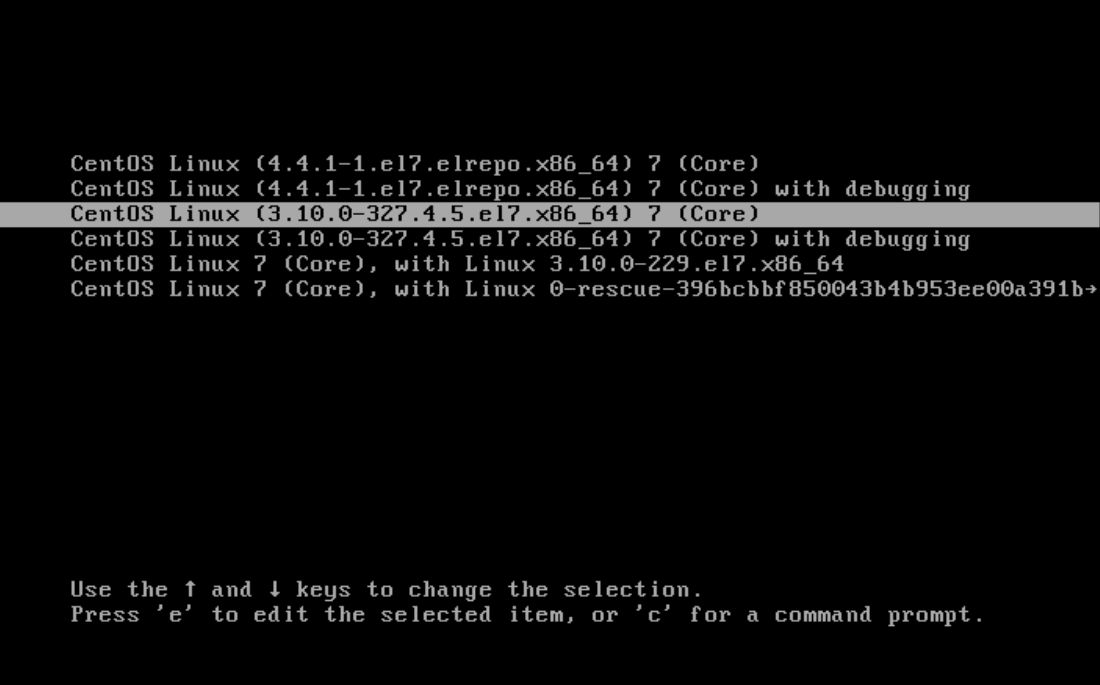 Change the Default Kernel Version Permanently on CentOS 6 or earlier

CentOS 6 or earlier does not ship with GRUB2, but GRUB as a default boot loader.

The first step to change the default boot kernel on CentOS 6 is to get a list of all available kernel images added to GRUB. The following command will show you the list.

Reboot and confirm that the chosen kernel has been booted by default.

Often times you may want to switch to a different kernel just temporarily, not permanently. Even if you do want to change the default kernel permanently, it is a good idea to try a temporary boot to a new kernel before making a permanent transition from the old kernel to a new one. That way, in case there is any kernel crash with the new kernel, you can easily fall back to the old kernel simply by rebooting.

Of course you can choose a kernel to boot interactively via GRUB menu. However, such interactive control is not always available, for example, when you are booting over SSH remotely.

Here is how to change the default boot kernel temporarily from the command line. I assume that 2 is the numeric GRUB menu entry value of a kernel that you want to boot into during the next boot session. Replace the number with your own.