How to access Dropbox from the command line in Linux

Cloud storage is everywhere in today's multi-device environment, where people want to access content across multiple devices wherever they go. Dropbox is the most widely used cloud storage service thanks to its elegant UI and flawless multi-platform compatibility. The popularity of Dropbox has led to a flurry of official or unofficial Dropbox clients that are available across different operating system platforms.

Linux has its own share of Dropbox clients: CLI clients as well as GUI-based clients. Dropbox Uploader is an easy-to-use Dropbox command-line client written in Bash scripting language. In this tutorial, I describe how to access Dropbox from the command line in Linux by using Dropbox Uploader.

To use Dropbox Uploader, download the script and make it executable.

Make sure that you have installed curl on your system, since Dropbox Uploader runs Dropbox APIs via curl.

To configure Dropbox Uploader, simply run dropbox_uploader.sh. When you run the script for the first time, it will ask you to grant the script access to your Dropbox account.

As instructed above, go to https://www.dropbox.com/developers/apps on your web browser (you need to log in), and create a new Dropbox app. Fill in the information of the new app as shown below, and enter the app name as generated by Dropbox Uploader. 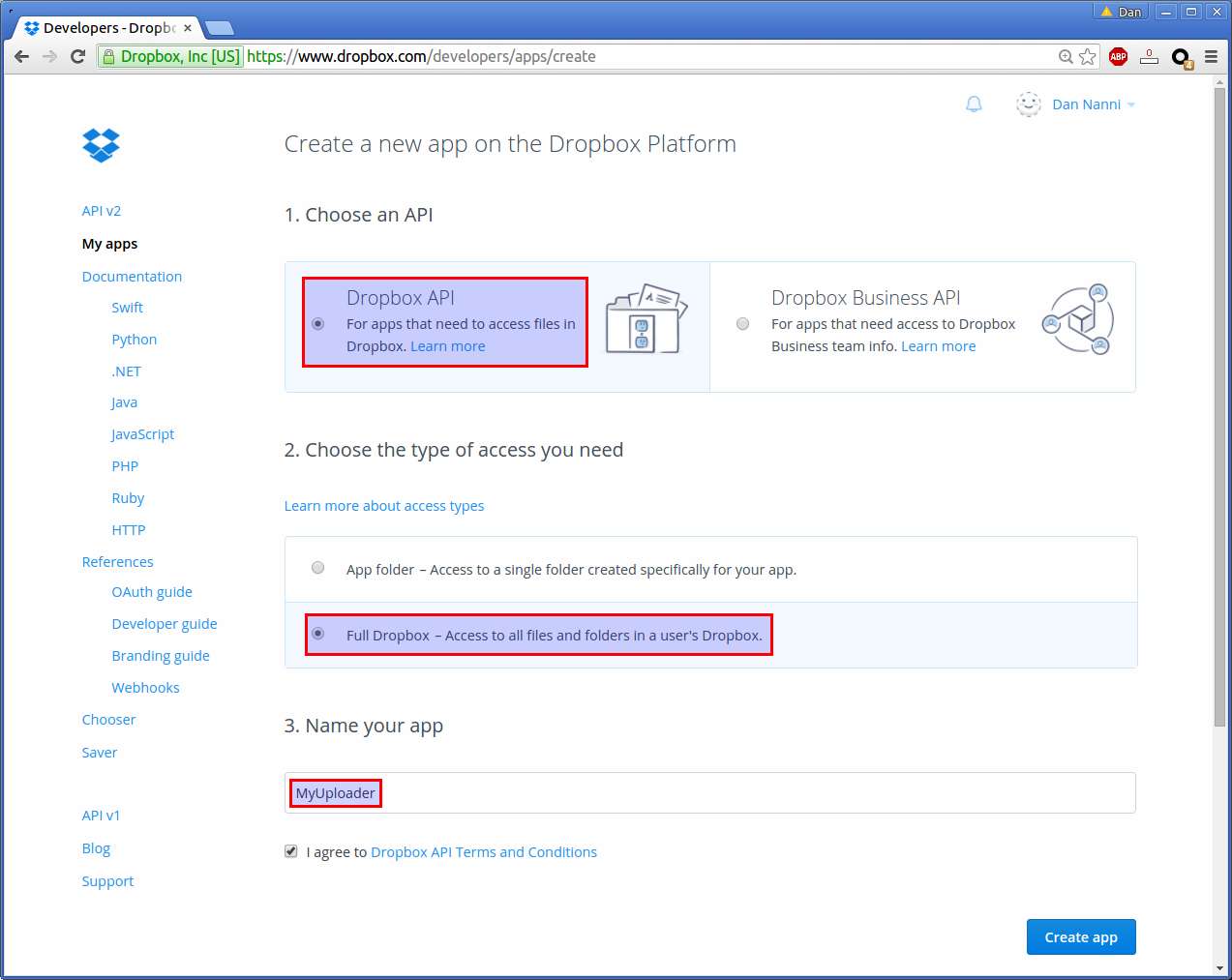 After you have created a new app, you will see app key/secret on the next page. Make a note of them. 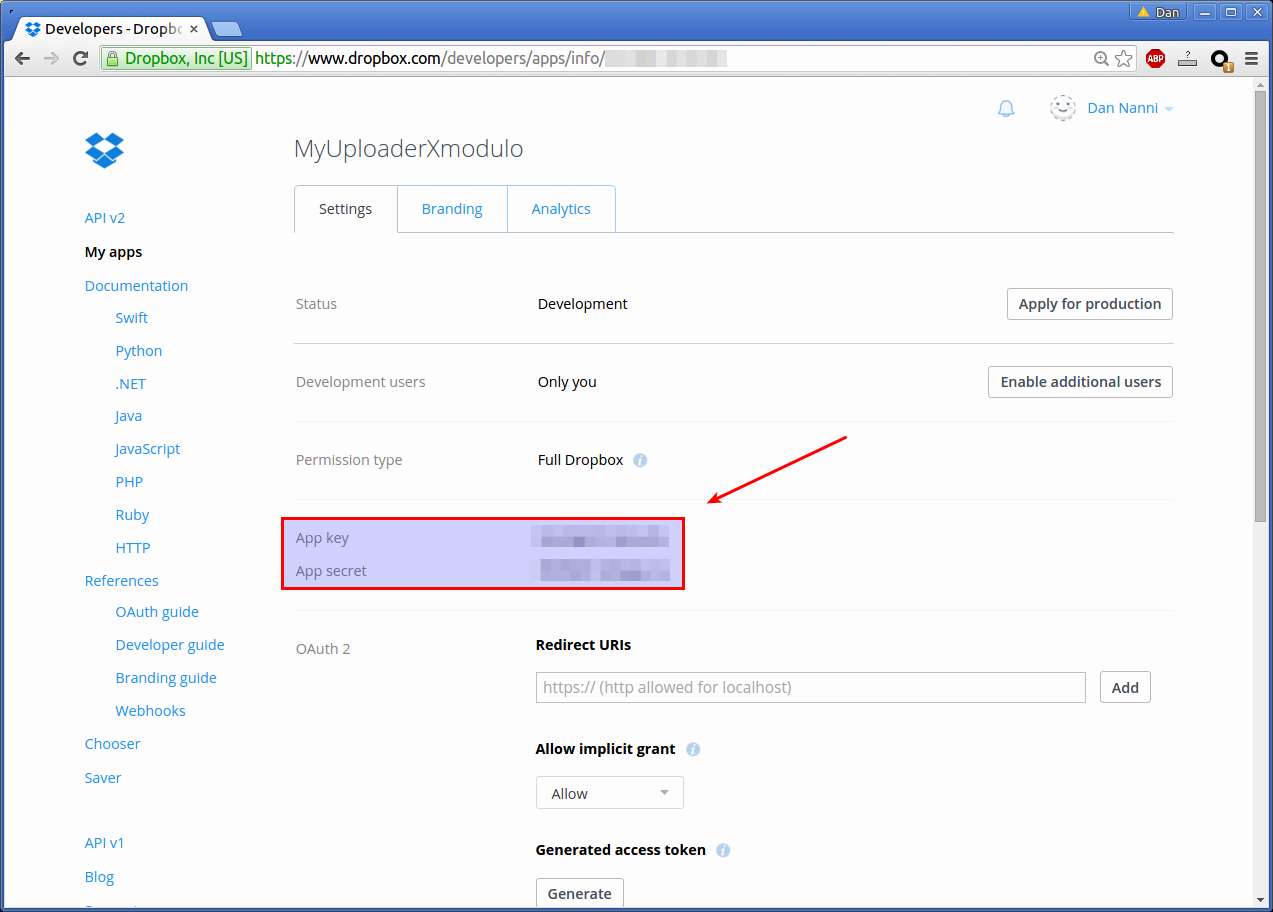 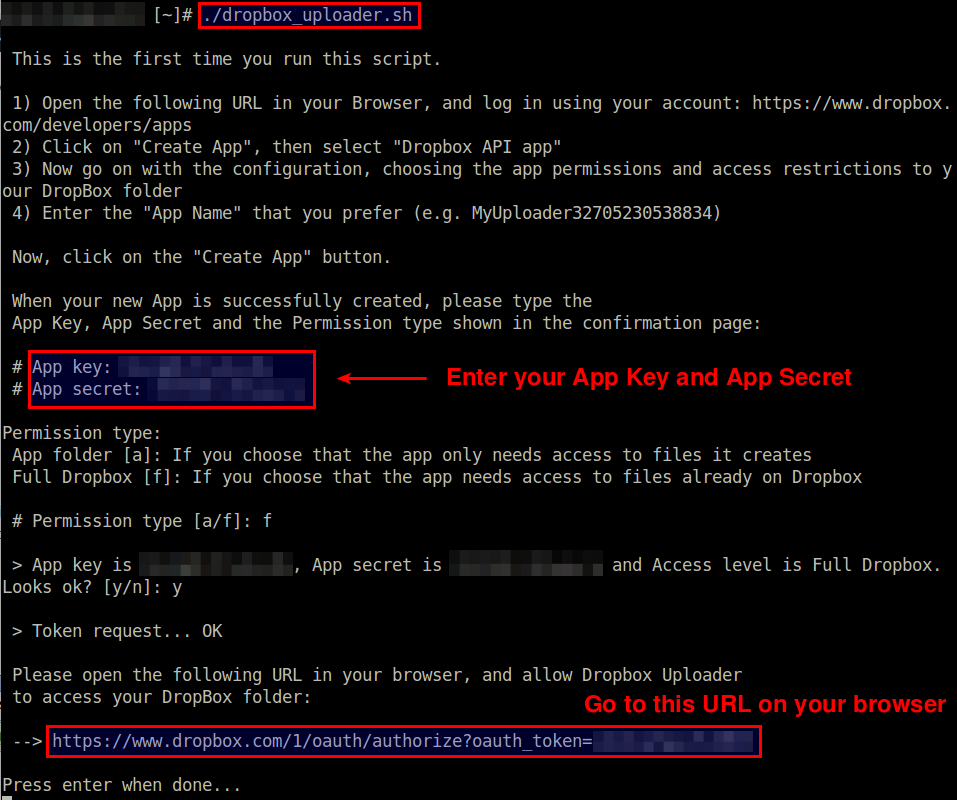 Go to the oAUTH URL generated above on your web browser, and allow access to your Dropbox account. 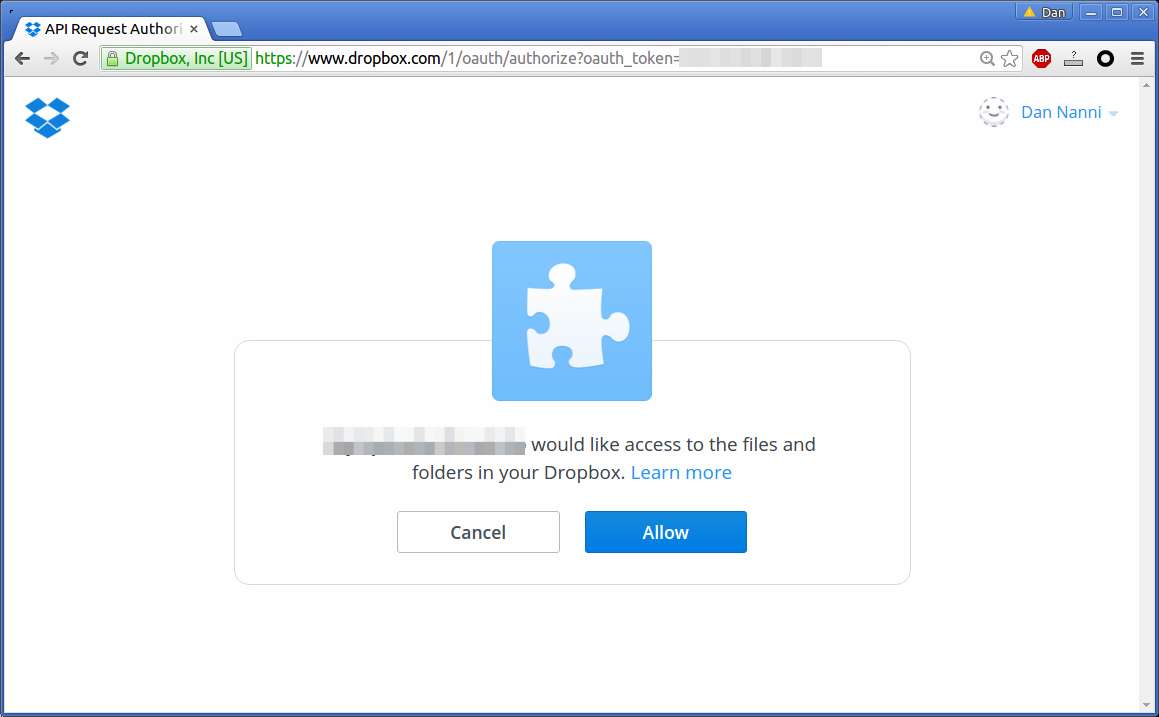 To upload a local file to a remote Dropbox folder:

To download a remote file from Dropbox to a local file:

To download an entire remote folder from Dropbox to a local folder:

To create a new remote folder on Dropbox:

To delete an entire remote folder (including all its contents) on Dropbox: